In Defense of Wealth 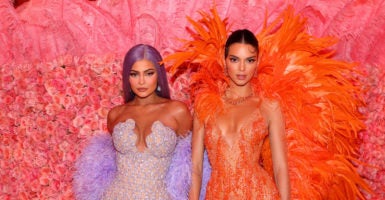 There’s been a lot of conversation these days among America’s wealthy class about whether capitalism can—or even should—survive in an age of increasing wealth disparity.

Dalio, whose net worth stands at about $14 billion, believes that wealth disparities between rich and poor in this country will eventually foment a populist uprising that might bring about radical socialism.

Dalio believes “that all good things taken to an extreme become self-destructive and that everything must evolve or die. This is now true for capitalism.”

The interesting thing, though, is that none of these individuals complaining about disparities—whether it is Mark Zuckerberg or Dalio—are giving up their wealth. They earned it, they enjoy it, and they are also using it to help others.

The fact of the matter is that wealth is a great thing, and those who are blessed with it have an awesome opportunity to help others and to shape the world they want to live in.

In defense of wealth, then, here are some of its notable benefits:

Wealth can provide independence of mind. It is great when one can make decisions about what things one spends one’s time doing, free of any concern over whether the bills will be paid or not. The freedom to make principled decisions enhances one’s moral character.

At the end of the day, you aren’t truly free if you have to depend on others to support you financially.

Wealth enables one to contribute to and help others. It secures one’s place among those in society who are not asking for a handout but extending a hand to others. That is, wealth affords one a position of natural leadership and trust.

Wealth enables one to live more healthfully and with fewer of the debilitating stresses and anxieties of not knowing where one’s next meal is coming from.

When you look out into society and see some of the noteworthy celebrities—the Kardashians, for example—they are not celebrated merely because of their social media antics. They are celebrated because they have been able to build a world-class brand and gain substantial wealth for themselves and their entire families.

Even President Donald Trump, reviled as he is in some circles, has been widely admired for most of his career as someone who has been able to create incredible wealth for himself and others. People wanted to be like him, to be near him so that some of whatever stardust he has might be cast off on them.

I myself have been able to achieve a degree of wealth and status over my business career. It has been achieved mainly through hard work, thrift, saving for the future, and continuing to plant good seeds on fertile soil.

Although I do not technically do any farming anymore, I grew up on a farm, the descendent of six generations of farmers, and I consider myself to be a farmer.

My business interests have centered primarily around media, public affairs, and real estate, but at the core, what I am dong is farming.

I am constantly planting seeds, in the form of relationships, helping others, communicating a message of moral uplift, and trying to live my life accordingly.

I tend and water those relationships and resources and coax them, patiently and carefully, so that they can grow into opportunities—and so that those opportunities can, in turn, bear fruit in the form of profits and ownership of assets.

I firmly believe that the garden I have built is not just my garden. It is a garden that employs hundreds of people, supplying them with sustenance and the opportunity to gain wealth themselves.

It is a garden that is my responsibility to care for but that I do not truly own. This is God’s creation, and everything in it, including myself and my possessions, is owned by our creator.

I have been blessed to be able to help shape and develop some aspects of his creation and channel the benefits that God has bestowed on myself and others.

It is our God-given right to be rich. In fact, failing to develop wealth in all of its forms—wealth of character, wealth of money, wealth of family, wealth of talent and skill—is a sin against our creator.

We were placed on earth to be good stewards of God’s creation and to thrive while doing so. God wants us to tend the garden he has allowed us to inhabit and grow it and make improvements and harvest the fruit of our labors.

It has become somewhat fashionable to disparage wealthy people as being greedy, shady people only looking out for themselves. But the truth is that most wealthy people have created their wealth by making other people wealthy or by solving a problem that makes life easier for many, many others.

Apple founder Steve Jobs created wonderful products that have literally transformed the world in less than a generation. Google’s founders created a platform that has enabled hundreds of thousands of small business owners around the world to create, distribute, and monetize their products and services with literally the click of a button.

In most cases, having wealth is a sign that you have helped others so much that they gladly reward you for the benefit they have received. We should be celebrating the fact that we live in a society where this is protected and even promoted.