Out of the Ashes, a Beautiful Hope 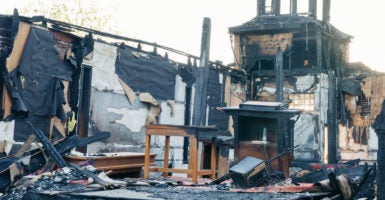 The Mt. Pleasant Baptist Church on Easter, April 21, in Opelousas, Louisiana. The church was set on fire along with two other Opelousas churches in the span of a week. (Photo: Annie Flanagan/The Washington Post/Getty Images) 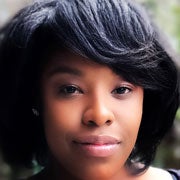 Lindsay Rae Perry is a communication strategist and the founder of an innovation management consulting firm in Washington, D.C.

Last week, the world mourned the blazing destruction of the opulent Notre Dame Cathedral in Paris. But that wasn’t the only devastating church fire in recent times: we cannot forget the destruction of our very own “Pillars of Hope.”

Over the span of 10 days from March 26 to April 4, three historically black churches with more than 100 years of history in Louisiana were set ablaze. A 21-year-old, Holden Matthews, has since been charged.

While it’s not clear what the exact motive was if Matthews was behind the attacks, as charged, Matthews reportedly liked “black metal” music, which is sometimes inspired by Satanic sentiments.

However, we are also aware that racially motivated attacks on predominantly black churches are not an anomaly in America. Intimidation and fear tactics to keep African-American communities from gathering and worshiping in unity are far too common in our nation’s troubled history.

Whether this egregious attack was to silence the African-American Baptist community from expressing our faith in Jesus Christ, to simply destroy 100 years of a generational legacy in the salvation of souls, or to impart fear in public Christianity throughout the world, the outpouring of love and support around the nation proves that the intended evil plot will fail miserably.

Out of the ashes of evil devastation, a beautiful hope has risen.

In this critical hour, our nation is desperate for wisdom, understanding, and reconciliation.

Despite chaos, division, and political unrest, Americans from all walks of life rallied together to protect and preserve the rich legacy of three American “Pillars of Light.”

Though the buildings may have been destroyed, our faith is being restored and reconciliation still gleans as a possibility.

In these days after Easter, as we further enter into the light of Jesus’ resurrection, may we be reminded that we are the light of the world, we are the salt that can preserve a greater legacy for future generations, and—regardless of the intended evils that seek to kill our resilience, steal our joy, and destroy our faith—the goodness of God will always prevail.

As it says in First Corinthians:

O Death, where is your sting?

O Hades, where is your victory?

The sting of death is sin, and the strength of sin is the law.

But thanks be to God, who gives us the victory through our Lord Jesus Christ.

always abounding in the work of the Lord, knowing that your labor is not in vain in the Lord.