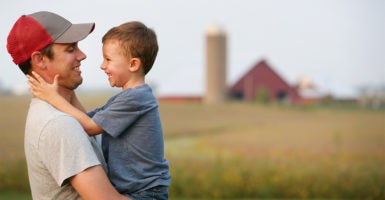 "Family-owned farms and ranches bear the brunt of this tax, which threatens families’ agricultural legacies and makes it difficult and costly to pass these businesses down to future generations,” says Sen. John Thune, R-S.D., of the Death Tax Repeal Act of 2019. (Photo: Katrina Wittkamp/Getty Images)

Sens. Ted Cruz, R-Texas, and John Thune, R-S.D., reintroduced legislation this week to send the death tax to its grave.

“Death should not be a taxable event, and I am proud to join with my colleagues to ensure working men and women, including America’s farmers, ranchers, and small business owners, are able to flourish,” Cruz said in a statement.

The death tax, also known as the estate tax, is a 40 percent tax on assets left behind after death of above $5.45 million. Thune pointed out how the proposed Death Tax Repeal Act of 2019 would help safeguard the legacy of American business owners, especially in the agricultural community.

“Family-owned farms and ranches bear the brunt of this tax, which threatens families’ agricultural legacies and makes it difficult and costly to pass these businesses down to future generations,” said Thune.

If repealed, economic growth would boost in the U.S. by $46 billion over 10 years and “generate an average of 18,000 private-sector jobs annually,” according to a Heritage Foundation report about the possible impacts of scrapping the death tax.

“Not permanently repealing the death tax is economic malpractice,” Adam Michel, a policy analyst for The Heritage Foundation’s Roe Institute for Economic Policy Studies, said in an email to The Daily Signal. “In addition to confiscating generational bequests, the death tax likely does not raise any net revenue since it slows growth, diminishing potential revenue collection, and encourages tax avoidance by giving assets to relatives in lower-income tax brackets, costing more in lost income tax revenue.”

“Every dollar of an estate has either been previously taxed or will be taxed under some other provision of the tax code,” Michel added. “The death tax always adds an extra layer of tax to a family’s savings.”

Cruz says the tax often forces families to sell their farms and ranches once “the patriarch passes away, just to pay Uncle Sam.”

“The historic tax cuts passed by the GOP brought real relief for America’s working families,” Cruz said. “But more can be still be done. I have long called for the permanent repeal of the death tax. It is one of the most unfair aspects of the federal tax system.”