Right Side of History: These Presidents Were Tougher on the Media Than Trump 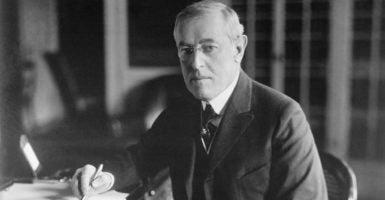 On this week’s episode, hosts Jarrett Stepman and Fred Lucas discuss the long history of presidential wars with the press. President Donald Trump sometimes uses caustic language with his foes in the Fourth Estate, but as Lucas and Stepman explain, other presidents have used softer rhetoric and harsher official action to silence critics.

From John Adams to Woodrow Wilson to Barack Obama, presidents have often used their official—and perhaps sometimes not technically legal—powers to curtail the American media.

To read more on this subject in The Daily Signal, see Lucas’ analysis, “7 Presidents Who Were Tougher Than Trump on the Media,” and Stepman’s commentary, “The History of Fake News in the United States.”