5 Takeaways From a Discussion of Alternatives to Fetal Tissue Research 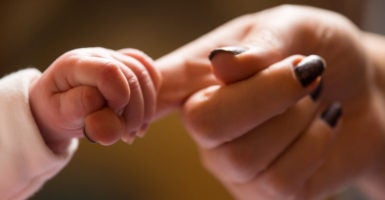 The Department of Health and Human Services is considering the future of federally funded research using fetal tissue derived from elective abortions, amid continuing controversy surrounding government contracts for such tissue.

The pro-life Center for Medical Progress shocked the nation in 2015 by releasing a series of disturbing undercover videos in which abortion industry representatives discuss the sale of aborted baby body parts.

The videos led to multiple congressional investigations and resulted in criminal referrals of procurement companies and abortion providers for a range of potential legal violations. Those violations range from profiting from the sale of tissue and infringing on patient privacy to modifying surgical abortion procedures for the purpose of obtaining certain tissue.

As HHS considers the scientific value of fetal tissue research and the plethora of ethical alternatives, the presentations by David Prentice and Tara Sander Lee at the Heritage event made for a timely and informative discussion for policymakers and citizens alike.

1. Fetal tissue research has existed for decades, and U.S. law has evolved.

That same year, Congress passed legislation on transplantation research that uses fetal tissue. It included provisions for informed consent and payments associated with procuring and transferring the tissue.

2. Results of various projects generally have been unsuccessful.

The original polio vaccines used monkey tissue and fetal cell lines. No current vaccines are made with fresh fetal tissue.

Despite this bonanza, companies that procure fetal tissue for researchers operate with little to no oversight.

In one particularly disturbing instance, a consent form given to women at a Planned Parenthood clinic to procure the tissue from aborted babies claimed that fetal tissue research has led to a “cure for such diseases as diabetes, Parkinson’s disease, Alzheimer’s disease, cancer, and AIDS.”

Such a blatantly false statement never should have been printed, much less used to influence a woman’s decision-making regarding abortion.

Some researchers now want to use aborted fetal tissue to research Zika, respiratory distress syndrome in infants, Down syndrome, and HIV/tuberculosis.

In one example of a tabulation of procurement costs, a company paid $60 for one fetus, then made “well over $400 on average for every part that they sold.”

5. Ethical alternatives have contributed to successful research projects and cures.

A small biopsy of skin may be used to grow cells that can imitate and resemble embryonic stem cells. Induced pluripotent stem cells then can be programmed to generate an “organoid” that can resemble a brain, lung, kidney, or liver.

At next week’s hearing before two House subcommittees, policymakers will have the opportunity to hear from expert witnesses who once again will attest to amazing scientific advancements and discoveries using ethical alternatives to fetal tissue.

HHS should issue a moratorium on federal funding for such fetal tissue research, and pursue ethical alternatives as soon as possible.

>>> Related: Why Tissue From Abortions Isn’t Needed to Save Other Lives