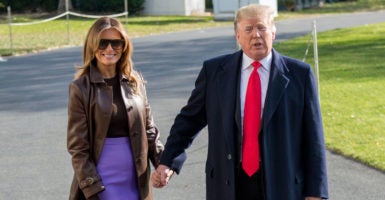 A New York Magazine article chronicles how some couples think their marriages are struggling because of the emotions surrounding politics in the Trump era. And first lady Melania Trump’s red Christmas trees are creating an uproar. The “Problematic Women” discuss this, and more in today’s show.