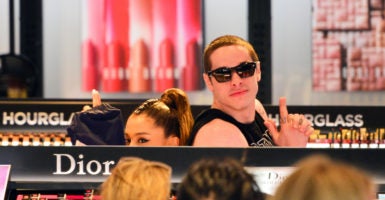 Three nights after being the target of a crude joke on “Saturday Night Live,” former Navy SEAL Dan Crenshaw was headed to victory Tuesday night in his bid for a seat in the House of Representatives from Texas. 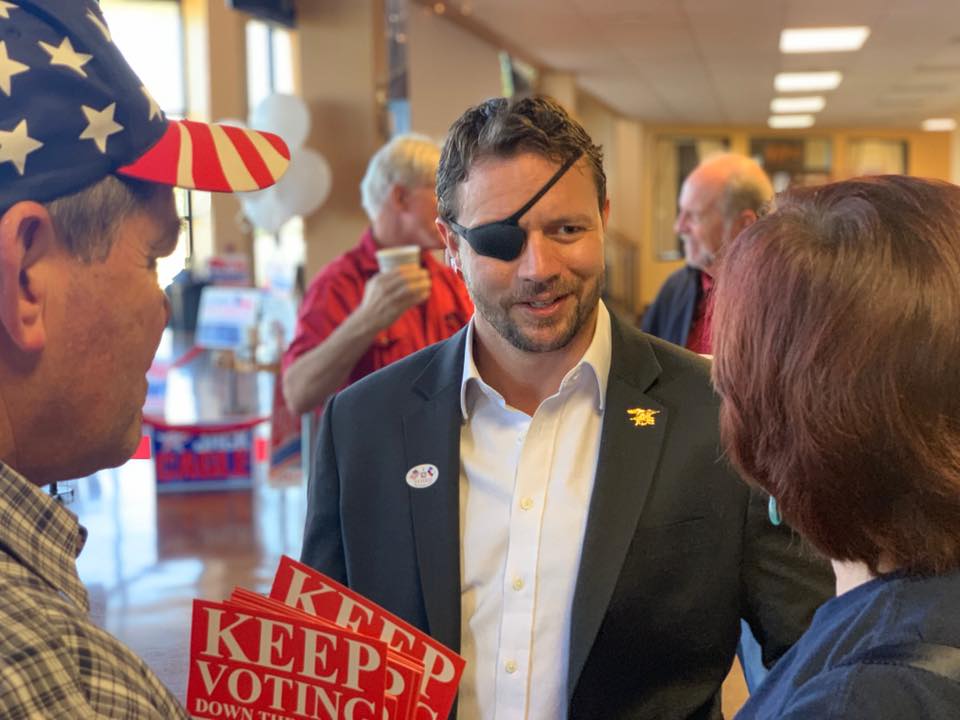 The native Houstonian came to wider public attention three nights earlier on NBC’s “Saturday Night Live,” when cast member Pete Davidson poked fun at Crenshaw’s loss of an eye when a roadside bomb exploded while he was deployed to Afghanistan in 2012.

“I’m sorry; I know he lost his eye in war, or whatever,” Davidson added.

On trick or treat duty. Safe and Happy Halloween! pic.twitter.com/MgVLIARgKm

In an interview Tuesday on ABC’s “The View,” fellow “SNL” cast member Kenan Thompson said the matter was “being handled internally.”

It’s never somewhere I would go in the offensive territory toward veterans because my father is one, your father is one, great man; I met him when he hosted [‘SNL’]. So, it’s been an unfortunate outcome when you’re a comedian trying to go for jokes.

Many were quick to condemn the joke and scold Davidson for mocking a veteran for wounds sustained while serving the United States in combat.

In an appearance on “Fox & Friends” Monday morning, Crenshaw addressed the scripted joke delivered by Davidson.

“They probably should apologize, but that doesn’t mean I’m going to demand an apology,” Crenshaw said, adding:

I don’t want to demand an apology that is hollow and empty. I do think that in today’s culture, in today’s politics, we tend to throw rocks at each other back and forth, demanding apologies for every upset that is done to us.

Now, they certainly crossed the line, but their apology won’t mean anything to me. I think what they should do is maybe pool their money together and donate to some veterans’ charities out there that could really use some help.

“It’s actually a miracle that I can see at all and continue serving the American people” –@DanCrenshawTX discusses losing his right eye in combat in response to jab by SNL pic.twitter.com/QjQ2bLjJLV

After losing his right eye, Crenshaw went on to deploy two more times to the Middle East and then to South Korea. Following his retirement from the Navy in September 2016, he received his master’s degree in public administration from Harvard University’s Kennedy School of Government.

Dan can no longer fight on the battlefield, but he can bring the integrity, leadership, vision, and tenacity learned in the SEAL teams to fight in Congress for commonsense policies that ensure our nation’s prosperity and security, represent our Judeo-Christian values, and again give Texans a reason to be proud of their leaders.