What to Expect When the Supreme Court Returns 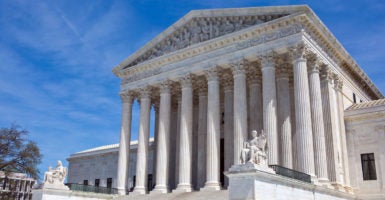 The upcoming Supreme Court term may not have quite as many high-profile, headline-grabbing cases, but the justices will nevertheless hear a number of cases raising important issues. (Photo: sframephoto/Getty Images)

With conservative victories in numerous cases (NIFLA, the so-called “travel ban,” Masterpiece Cakeshop, Janus, and more), the previous term is summed up best by then-candidate Donald Trump: “We’re going to win so much, you’re going to be so sick and tired of winning.”

Will conservatives keep the streak alive? The upcoming term may not have quite as many high-profile, headline-grabbing cases, but the justices will nevertheless hear a number of cases raising important issues.

Here are a few of the cases coming up in October:

What happens when the government decides private land is “critical habitat” for an animal that can’t survive there and hasn’t lived in the area for half a century?

The U.S. Fish and Wildlife Service designated 1,500 acres of land in St. Tammany Parish, Louisiana, as “critical habitat” for the endangered dusky gopher frog (also known as the Mississippi gopher frog, named for its natural habitat).

In the early 20th century, these frogs could be found throughout the Gulf Coast—from Louisiana to Alabama. But today, they are not found in the wild outside Harrison County, Mississippi.

Under the Endangered Species Act, the government may designate privately owned land as “critical habitat” for an endangered species if it is deemed “essential to the conservation of the species.”

The landowners took the government to court, arguing that it will cost them millions of dollars to make the land habitable for these frogs and that the government’s interpretation of what is “essential” cannot be squared with the text and history of the Endangered Species Act.

The justices will hear oral argument on Oct. 1 in this case.

The division of power among three branches of government is a crucial feature of our constitutional system. On paper, Congress is prohibited from delegating its lawmaking authority to the other branches.

But in practice, Congress routinely delegates its authority to executive branch officials and administrative agencies. The Supreme Court has played along with this arrangement, simply requiring Congress to specify an “intelligible principle” to guide the agency or official in exercising discretion to make law.

One example of such a delegation is the Sex Offender Registration and Notification Act of 2006, which requires sex offenders to register in every jurisdiction where they live, work, or go to school.

Congress delegated to the attorney general (an executive branch official) the power to determine how, when, and whether the law’s registration requirements would apply to sex offenders convicted before SORNA became law.

Herman Gundy is a pre-SORNA sex offender who drugged and raped an 11-year-old girl and was charged with failing to register as a sex offender after his release in 2012.

There is no denying he committed the kind of horrendous and predatory crime that illustrates why SORNA’s registration requirement is necessary for public safety. But Gundy argues that Congress went too far in granting unfettered authority to the attorney general to decide whether and how to apply a law that carries criminal sanctions to an estimated 500,000 individuals.

The Supreme Court will hear oral argument in this case on Oct. 2.

The ability to decide who is allowed on your property is central to the right to own property. The Township of Scott, Pennsylvania, passed an ordinance requiring all cemeteries on public or private land to be accessible to the public during the day and authorizing enforcement agents to inspect private property to look for possible cemeteries. The ordinance provides for up to $600 in fines per violation.

Enforcement agents entered Rose Mary Knick’s 90-acre property in the township and found stones that they decided are grave markers. Knick disagrees, and she filed a complaint in state court for a “taking” of her property.

The state court declined to rule until the township filed an enforcement action, so Knick then took her claim to federal court. The federal district court dismissed her claim as unripe, citing the Supreme Court’s ruling, in Williamson County Regional Planning Commission v. Hamilton Bank (1985), that property owners must first seek and be denied compensation for a “taking” in state court before bringing a claim in federal court.

The Supreme Court will hear oral argument in the case on Oct. 3.

The court has agreed to hear 38 cases and will add more to its schedule in the coming weeks. Coming up later in the term, the justices will hear:

To hear about these cases and others the justices might decide to take up, join us at Heritage (or watch online) at noon on Tuesday, Sept. 18, for the annual Supreme Court Preview, featuring former Solicitor General Paul Clement and a former assistant to the solicitor general, Joseph Palmore.

>>> Listen to “SCOTUS 101,” podcast with Elizabeth Slattery and friends bringing you up to speed on what’s happening at the Supreme Court.