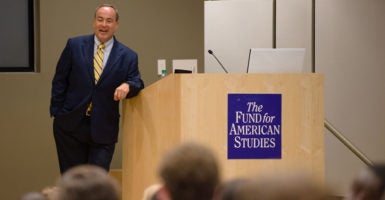 Clint Bolick entered college pursuing a career in teaching and politics. But then a summer internship with The Fund for American Studies placed him in Sen. Orrin Hatch’s office and changed his life forever.

It was the summer before his senior year at Drew University, a liberal arts school on the outskirts of New York City, and that internship experience in 1978 made Bolick realize that he wanted to practice law rather than go into politics.

Hatch was serving his first term as a U.S. senator from Utah and Bolick got to see firsthand what working in politics was like.

“Although I admired Hatch enormously,” Bolick said in an interview with The Daily Signal, “I realized that politics didn’t really suit my personality. I’m more of a black-and-white type of person and I consider electoral politics and legislative politics to be shades of gray.”

During his time at The Fund for American Studies, Bolick learned that his views on economics were, in fact, completely sound as compared to some professors who tried to convince him otherwise.

“My professors in college had convinced me that I knew nothing about economics,” he said. “Any time I cited Milton Friedman, I’d get a bad grade. At The Fund for American Studies, I realized that there were very strong arguments in favor of a free economy—and that gave me much greater substance in my advocacy of a free economy.”

After graduating from Hastings Law School at the University of California-Davis in 1982, the New Jersey native went on to work at the Mountain States Legal Foundation, the Landmark Center for Civil Rights, and the Institute for Justice, which fought some of the early legal cases in favor of school choice.

“School choice means that kids who would have been sentenced to a dismal future suddenly have a brighter future with no limits,” Bolick said.

While litigating these cases, Bolick would walk the hallways of the schools that students one day would have the opportunity to attend.

“To see little kids, who the system had completely written off, thriving in their new environments—to me there was no greater possible reward as a lawyer [than] to see those kids doing so well,” he said in the interview.

In 2007, Bolick became the president of the Goldwater Institute, a public policy think tank in Phoenix.

“It was a very exhilarating experience because we were able to develop brand new ideas that no one else had thought about, to then execute those ideas quickly and effectively, and finally to market them in other states,” Bolick said.

At the time, there were no libertarian or conservative groups focused solely on state constitutions, so Goldwater was the first to set up a litigation center dedicated to the subject.

“We were able to enjoy tremendous success,” he said. “Now there are about a dozen think tanks around the country that have litigation centers.”

In 2014, when Doug Ducey was elected governor of Arizona, Bolick began to consider the idea of one day making it to the state Supreme Court.

“I had a passionate interest in state constitutions, so I decided to apply and it seemed like the right time in my career to do that,” Bolick said of his decision.

A few years later, when Ducey called to offer him the position of justice on the Arizona Supreme Court, Bolick hung up on the Republican governor by mistake.

“I disconnected him and was just very grateful that he took my call when I called him back,” Bolick recalled. 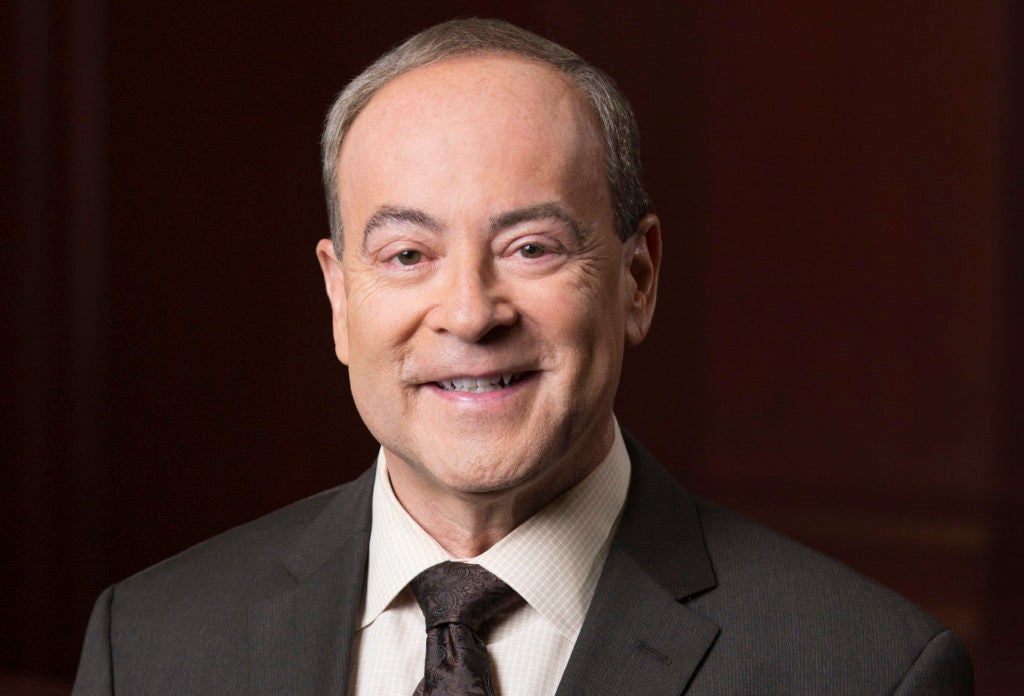 “I think that it is far more important to advance the rule of law than to advance a political philosophy,” says Justice Clint Bolick, who was named to the Arizona Supreme Court in January 2016. (Photo courtesy of Clint Bolick)

On Jan. 6, 2016, Ducey appointed Bolick to the state Supreme Court. The transition brought about a much steeper learning curve than what the new justice was expecting.

“There were entire areas of the law, such as criminal law, that I had never practiced at all,”  Bolick, now 60, said. “Learning those areas of the law really required a tremendous amount of effort and energy, although I’ve really loved almost every minute of it, especially the criminal law area that’s about half of our cases.”

There were also things that made the transition fairly easy, such as being a neutral decision-maker rather than an advocate.

“On occasion,” Bolick told The Daily Signal, “the law will take me to a destination that my policy inclinations will not take me. But I think that it is far more important to advance the rule of law than to advance a political philosophy.”

Four times a year, the Arizona Supreme Court holds oral arguments in different parts of the state. As opposed to his unpredictable schedule as a litigator, Bolick now has much more freedom as a justice to travel.

“Going out and demystifying the law for students and members of the community is tremendous,” he said. “Being a justice has given me an opportunity to return to my first love, which is teaching.”

Kayla Sarin is a former member of the Young Leaders Program at The Heritage Foundation.