Right Side of History: The 7 Biggest Supreme Court Political Controversies 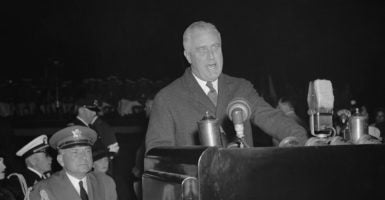 The Supreme Court hasn’t just been controversial because of its judicial decisions.

One Founding Father’s nomination to become chief justice was torpedoed, which drove him to depression and attempted suicide. President Franklin Roosevelt tried to increase the Supreme Court’s size to 15 justices. Some justices were even accused of corruption. Lucas and Stepman discuss these wild controversies and much more on this week’s episode.