Senate Should Be Wary of These 3 Subsidy Myths 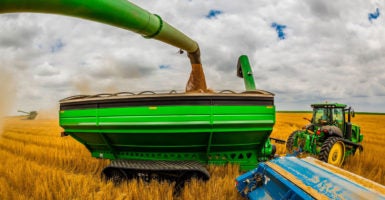 As the Senate is considering the farm bill, it should be wary of the many misleading claims made by agricultural special interests. Here are three common myths, debunked:

Reality: The opposite is true. Farm households have far greater median income and wealth than non-farm households.

The wealth numbers are even more staggering (see Chart 1 below). The median farm household had wealth ($897,000) that was more than nine times greater than the wealth of all U.S. households ($97,300).

Even more amazing, as the U.S. Department of Agriculture explains, “only 3 percent of farm households had less wealth than the median for all U.S. households.”

When looking at the farm households that actually receive the subsidies, the numbers show how ridiculous the claim is that farmers are struggling.

This isn’t to say that every farm household is doing well, nor does it mean that if a household engages in farming it will make money from farming. However, these numbers, which you can see here in Chart 1, do certainly show that farmers as a whole are certainly not struggling.

Claim: The farm economy is doing poorly, and that’s why farmers need subsidies.

Reality: What other sector of the economy expects regular taxpayer handouts when things aren’t going well? The very assumption that taxpayers should protect farmers from competing in the market like every other business shows the egregious nature of the current subsidy system.

It should be noted that agricultural special interests clamored for subsidies even when the farm economy was recently setting records.

It is true, though, that the farm economy isn’t surging like it was just several years ago.

For example, net farm income was at a record high in 2013. However, pointing out that net farm income has taken a major drop since that record year is cherry-picking data and very misleading.

In addition to the incredible income and wealth of farm households, key financial indicators such as debt-to-asset ratios are near historic lows (see chart below).

As former USDA Secretary Tom Vilsack said less than two years ago (and this still holds true), “The estimates today also showed that debt-to-asset and debt-to-equity ratios—two key indicators of the farm economy’s health—continue to be near all-time lows.” 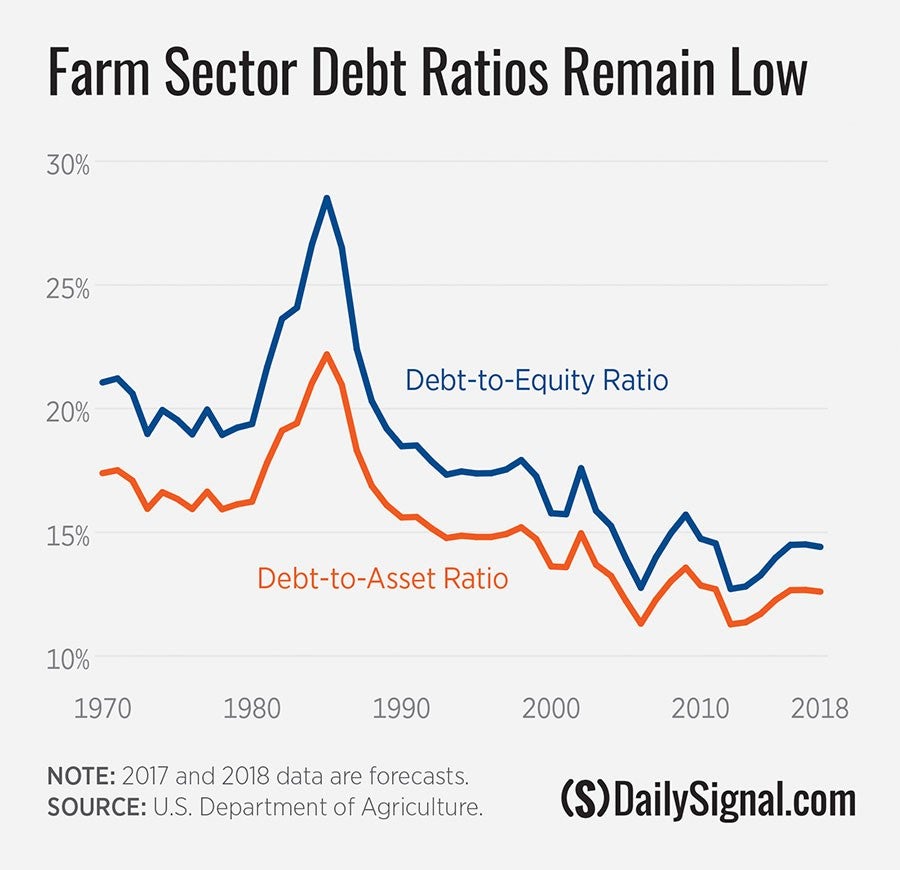 Reality: The chart below shows price history for four major commodities. As can be seen, current prices are actually quite strong and are above or near their 20-year median price.

Agricultural subsidy proponents like to cherry-pick data and claim commodity prices are very low, basing this on declines from the high commodity prices from a few years ago. When not cherry-picking data, the prices can be put into the proper context as shown in the chart.

Another commodity, milk, demonstrates how data can be manipulated to fit a narrative. Subsidy proponents claim that milk prices have fallen dramatically since 2014. However, subsidy proponents don’t say that 2014 was a record year for milk prices at $24 cwt (hundredweight). Milk prices were merely coming back down to normal.

The average price for milk, based on what is the 5-year Olympic average (taking the last five years, dropping the highest and lowest years), is $17.19 cwt. The 20-year median price is $16.30 cwt. In other words, recent prices have been higher than the median. 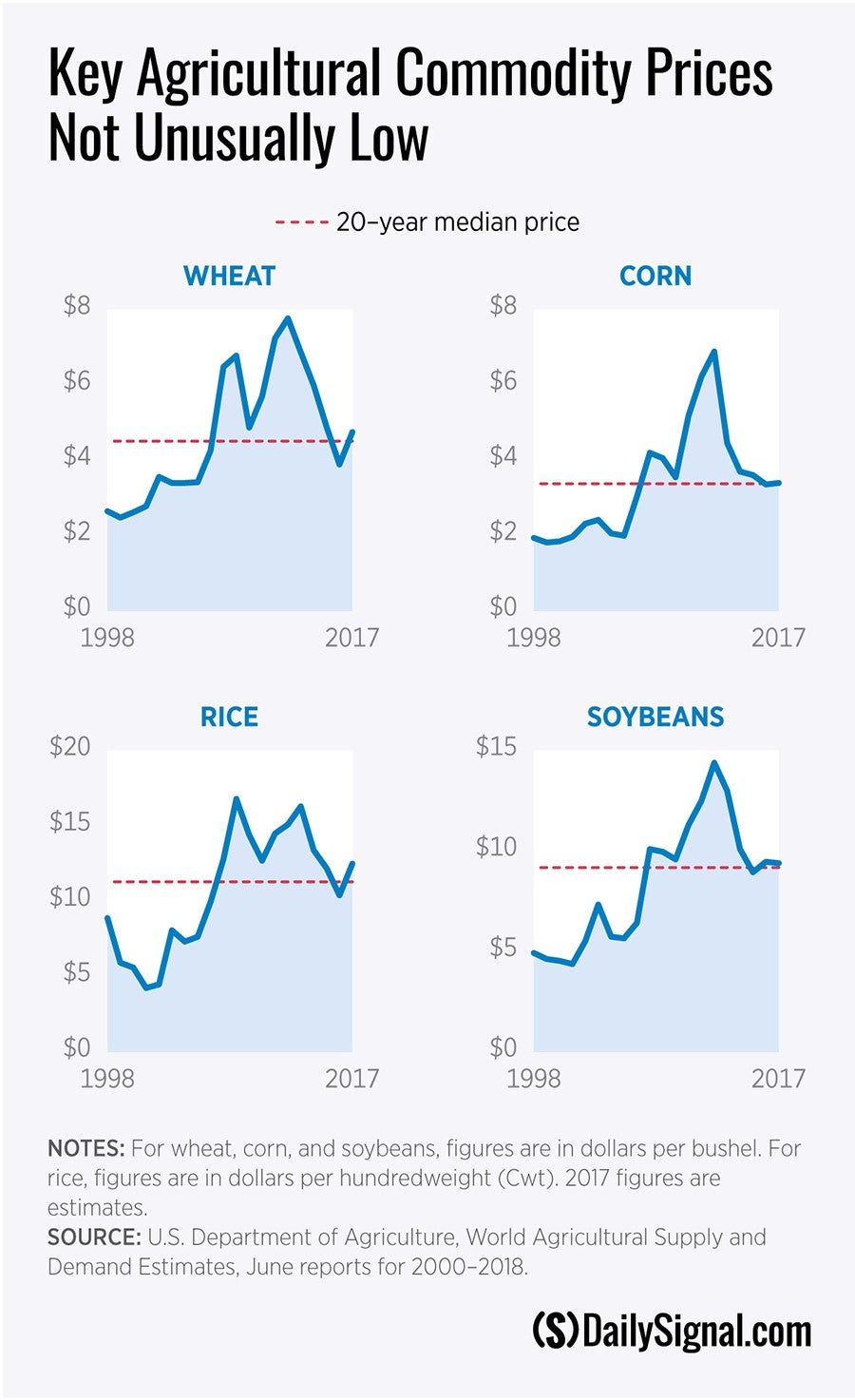 Proponents of farm subsidies often like to paint a dire picture of the current state of the American farm economy. Unfortunately, these claims are not only misleading, but also help to block needed reforms that could save taxpayers money and promote freedom in agriculture.