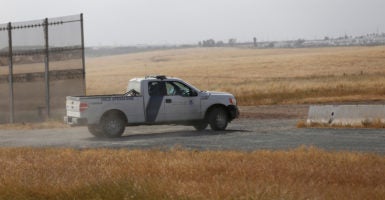 Here are three big claims and the truth behind each.

In the context of Trump administration officials asserting that the government will not exempt illegal immigrants from prosecution because they are with children, the story sparked outrage among Democrat lawmakers.

We have an Administration that is separating children from parents and then, literally, losing them!

This is shameful and beyond the pale even for this President.

Is this how you Make America Great Again!? #WhereAreTheChildren

I will help organize a #WhereAreTheChildren rally in San Antonio this week. This inhumanity needs to stop.

The #TrumpAdministration has lost track of 1,500 immigrant children and we must hold them accountable for reckless policies that separate families and put young innocent lives at risk. #WhereAreTheChildren @NewDay pic.twitter.com/EsxYiUPxhp

The Trump administration contends the children are not “lost.”

For one, the children who crossed the border illegally are not in the custody of the Department of Health and Human Services or any other federal agency. Second, the number 1,475 comes from the number of unaccompanied alien children released to sponsors who could not be reached by phone.

So, Democrats and media critics say “lost.” The administration counters that the sponsors of the children did not respond to a call 30 days after their release. It’s largely a matter of phrasing.

The 30-day call itself is not required by statute.

Under existing policies, 48 hours after being taken into custody, children who enter the country illegally are transferred to the Department of Health and Human Services’ Office of Refugee Resettlement, which seeks to place them with family members if possible.

A caseworker with the resettlement office contacts the child’s sponsor 30 days after release to ensure the child is safe.

However, many of the calls go unreturned, Steven Wagner, acting assistant secretary for the Administration for Children and Families, said in a conference call Tuesday.

Wagner, in testimony last month to the Senate Homeland Security and Governmental Affairs Committee, said the Refugee Resettlement Office “was unable to determine with certainty the whereabouts of 1,475” unaccompanied children.

He explained that from October to December 2017, the resettlement office attempted to reach 7,635 sponsors. Of this number, about 86 percent of sponsors responded.

Apart from the 1,475 children unaccounted for, the office learned that 6,075 children remained with their sponsors, 28 had run away, five had been removed from the country, and 52 had relocated to live with a nonsponsor.

“The assertion that unaccompanied alien children are ‘lost’ is completely false,” HHS Deputy Secretary Eric Hargan said in a public statement Monday, noting the agency began making the 30-day checkup calls in 2016 not as a mandate under existing policy but as an extra step.

These children are not ‘lost’; their sponsors—who are usually parents or family members and in all cases have been vetted for criminality and ability to provide for them—simply did not respond or could not be reached when this voluntary call was made. While there are many possible reasons for this, in many cases sponsors cannot be reached because they themselves are illegal aliens and do not want to be reached by federal authorities.
This is the core of this issue: In many cases, HHS has been put in the position of placing illegal aliens with the individuals who helped arrange for them to enter the country illegally. This makes the immediate crisis worse and creates a perverse incentive for further violation of federal immigration law.

During a Tuesday conference call with reporters, administration officials—repeating Trump—blamed the problems on Democrats’ loopholes in the law that deter enforcement.

Put pressure on the Democrats to end the horrible law that separates children from there parents once they cross the Border into the U.S. Catch and Release, Lottery and Chain must also go with it and we MUST continue building the WALL! DEMOCRATS ARE PROTECTING MS-13 THUGS.

“The loopholes that they fight so hard to protect are the source, cause, and reason for the humanitarian conditions,” White House senior policy adviser Stephen Miller said Tuesday, adding: “The children-smuggling trade would be shut down if we could close these loopholes. We need to change the law so that families arriving illegally can be sent home swiftly.”

Officials on the conference call talked about four loopholes.

One was a 1997 settlement agreement that limits the time illegal immigrant families can be detained to 20 days, a settlement reached by President Bill Clinton’s administration.

Another is the William Wilberforce Trafficking Victims Protection Reauthorization Act of 2008, which mandates home studies and was signed into law by President George W. Bush.

In March 2016, during the last year of the Obama presidency, administrative changes led to an increase in discretionary studies, which increased the amount of monitoring.

Another cited loophole: asylum laws exploited by child smugglers and human traffickers. The Refugee Act, which establishes procedures for admitting and caring for refugees seeking asylum in the United States, was last updated in a bipartisan bill sponsored by Rep. Lamar Smith, R-Texas.

Miller, during the conference call, said Senate Democrats would filibuster any meaningful measure to close the loopholes.

These were a matter of policy, statute, or legal settlement, said David Inserra, homeland security policy analyst with The Heritage Foundation. Inserra said he believes it’s fair to call these loopholes since they are legal issues that deter enforcement.

However, Inserra contends that it’s more of a problem for Congress than simply for Democrat lawmakers

“There is a lack of action because Republican leaders suspect it will go nowhere, so they don’t bother, which is unfortunate,” Inserra told The Daily Signal. “Also, politically, some are looking for a grand deal on DACA [Deferred Action for Childhood Arrivals].”

Democrats mistakenly tweet 2014 pictures from Obama’s term showing children from the Border in steel cages. They thought it was recent pictures in order to make us look bad, but backfires. Dems must agree to Wall and new Border Protection for good of country…Bipartisan Bill!

A former Obama speechwriter, Jon Favreau, tweeted a 2014 photo–published during the Obama administration–from the Arizona Republic that showed unaccompanied minor children laying down inside a cage.

Favreau wrote: “This is happening right now, and the only debate that matters is how we force our government to get these kids back to their families as fast as humanly possible.”

Though Favreau deleted the tweet when called on it, the message made it into numerous news outlets.

Other activists didn’t delete their tweets of the photo.