Here’s What Small Business Owners Like Me Need in Tax Reform 2.0 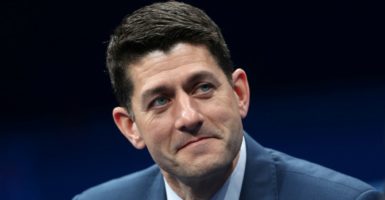 According to House Speaker Paul Ryan, lawmakers might tackle another round of tax reform this summer. (Photo: Lucy Nicholson/Reuters/Newscom) 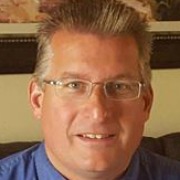 Mark J. Bollman is the CEO of Creative Colors International.

It just might happen this summer, according to House Speaker Paul Ryan. Tax Reform 2.0, as it’s being called, would aim to make the Tax Cuts and Jobs Act’s individual tax cuts permanent, extending them past their 2025 expiration date. But just as importantly, this second set of tax cuts may focus on America’s economic backbone: small business.

Small business tax cuts are the key to expanding a growing economy. When job creators spend less of their hard-earned money on taxes, they in turn invest it in hiring additional staff, expanding operations, and rewarding employees with bonuses. We’ve seen all of the above since the Tax Cuts and Jobs Act passed.

Over 500 job creators around the country have announced raises, bonuses, and enhanced employee benefits for current staff, which in total benefited over 4 million hardworking Americans.

Just look to MB Financial in my home state of Illinois. MB Financial’s president said that “it is only natural that we share the benefits of tax reform.” He raised the base wage for hourly employees to $15 per hour, in addition to giving out bonuses.

And even more job creators have used their tax savings to hire additional employees and invest in new equipment. Andy Moser, president of AndyMark, Inc. in neighboring Indiana, said he expects the tax bill to accelerate his business’s growth and plans on doubling his workforce over the next five to 10 years.

Just imagine what will come once tax cuts are expanded, benefiting even more small businesses.

I should know. I own a franchise full of small business owners in Creative Colors International, an upholstery repair shop located in 32 states across the U.S. Each additional dollar that our business saves from tax cuts at the national and local level is directly used to invest in expansion and reward the hardworking employees who make our success possible.

And when I say these small businesses are the backbone of the economy, I really mean it. Many just think of a mom-and-pop coffee shop up the street as a tiny, inconsequential business. But in reality, there are nearly 29 million small businesses in the U.S., according to the Small Business Administration.

These small businesses employ nearly 50 percent of the private workforce. So needless to say, Americans should rejoice that forthcoming tax cuts would focus on small businesses.

Now, it’s up to Congress to act. And many members of Congress are already beginning to wonder what a new tax cut bill will look like. House Ways and Means Chairman Kevin Brady, R-Texas, recently said it’s important to ask how “we can make America and our businesses more competitive, how do we make them more innovative?” He’s exactly right.

In order for this to happen, Congress needs to lower the marginal tax rate even more. This is the rate which most small business owners pay (also known as the pass-through rate), so lowering the rate is vital to helping all small businesses succeed.

While the Tax Cuts and Jobs Act already reduced the marginal tax rate, this rate must be reduced even further in order for job creators to thrive in a growing and competitive market.

Tax Reform 2.0 should prioritize job creators, first and foremost. Allow us to invest our money in our businesses, not Washington, D.C.