Conservatives, Too, Have Been Compromised by Secularism 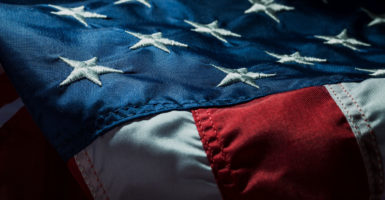 It is a testament to the power of our secular education that it has successfully secularized students from conservative homes almost as well as students from liberal and left-wing homes. (Photo: artisteer/Getty Images)

Many years ago, I attended a dinner at a wealthy man’s New York City condo with, among others, one of the most prominent and influential conservatives in American life. I admired this man then and I admire him now (he has since passed on). He was a major force for good in America.

At one point, the subjects of God and religion came up, and I mentioned how essential God is to morality—that without God, morality is subjective, a matter of personal or communal opinion.

Having debated atheist scholars, all of whom agreed with this not-very-audacious observation, I was quite surprised when this prominent conservative took strong issue with me: God is morally unnecessary, he stated with some passion—why would any educated person think otherwise?

This was my first confrontation—I was a young man at the time—with the unsettling realization that to be a conservative did not necessarily mean being religious. Until that time, I had naively assumed that it did.

I thought so for three reasons:

First, all the religious—God-based, Bible-based, religiously active—people I knew or studied were conservative. I grew up an Orthodox Jew in the yeshiva world, home to some liberals, many conservatives, and no leftists.

Second, in American terms, the American conservative I most admired, William F. Buckley Jr., the founder and publisher of National Review, was a deeply religious Catholic.

Third, America was founded on religious—specifically Judeo-Christian—principles. Wouldn’t a conservative seek to conserve all of America’s basic principles?

It is a testament to the power of our secular education—primary school through university—that it has successfully secularized students from conservative homes almost as well as students from liberal and left-wing homes. Most well-educated conservatives have embraced secular values and made peace with a secular and godless America just as much as have well-educated leftists.

One has to wonder what secular conservatives do with statements such as this famous one of John Adams: “Our Constitution was made only for a moral and religious people. It is wholly inadequate to the government of any other.”

And what do they do when they read George Washington’s farewell address, in which he said, “Of all the dispositions and habits which lead to political prosperity, religion and morality are indispensable supports”?

I think the answer is they do what liberal and left-wing secularists do: either ignore these statements or regard them as a quaint aspect of the Founders’ thinking.

Here are some questions for secular conservatives:

Do you think America will be able to prosper—or even survive—as the nation you love if the American people abandon God and religion?

Do you think the West will be able to do so?

What do you believe will give future generations of Americans meaning in the way religion has until now?

With regard to God and religion, how do you differ from left-wing secularists?

What books do you believe ought to replace the Bible as providers of wisdom to the American people?

Yesterday, my book “The Rational Bible,” a 500-page commentary on the Book of Exodus, was published. It is probably the biggest surprise of my life that, as of this writing, it ranks No. 2 on Amazon. Not No. 2 among religious books; no. 2 among all books sold in America.

If there was one book I have written that I never entertained hopes of becoming a best-seller, this was it.

I think the primary explanation is a yearning among many Americans—particularly conservatives, and particularly young people—for meaning and wisdom, neither of which their godless upbringing and education provided. Even if it was conservative.