Huckabee Controversy Shows the Need for Toleration Amid Our Divisions 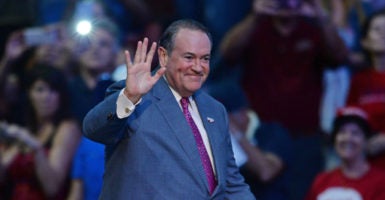 Former Arkansas Gov. Mike Huckabee stepped down from the board of the Country Music Association Foundation after an industry leader attacked him over his personal views. (Photo: Splash News/Newscom) 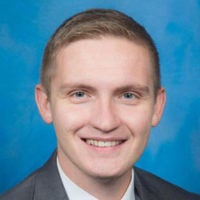 Kyle Davis is a graduate student at Binghamton University in Binghamton, New York.

On March 2, Mike Huckabee was forced to leave his position on the board of the Country Music Association Foundation due to pressure from Little Big Town and Kacey Musgraves manager Jason Owen, who ridiculed Huckabee for his belief in traditional marriage and his support of gun rights.

Despite the breaking news, my family and I still went to a Little Big Town concert because we had bought tickets months in advance.

As we were entering the stadium excited to see Midland, one of our favorite bands, it was no surprise that the car directly in front us had National Rifle Association and Harley-Davidson decals on its rear window. Based on a mutual respect for gun rights, we began discussing the political climate with one of the men from the car while walking to the venue.

This man had bravely served in the Navy and told us, “I fought so people could hold these views, but I just don’t understand their thinking.” He also said he had just renewed his NRA membership, along with 500,000 other Americans.

After conversing with him, I realized that toleration is the virtue that helps us coexist amid our disagreements, and it needs to be rediscovered. We defend our Constitution so that Americans can hold different views, and it should be reasonable that their different views deserve equal toleration in the marketplace of ideas.

This doesn’t mean certain opinions deserve equal celebration or equal acceptance. Toleration is a low bar. My family would be upset if I told them I simply tolerate them and did not love them.

Toleration may be a low bar, but it is essential for a free society. Yet as evidenced by the country music elite’s hostility toward Huckabee, this hurdle still seems too high for some.

Toleration is a touchstone of our society and it is vital to sustaining a country that is diverse, yet unified. John Locke in his “Letter Concerning Toleration” described this most crucial requirement for a flourishing society.

Toleration may be an extremely low bar, but only works well if both sides of a disagreement adhere to it. Disagreements over policy shouldn’t be the cause for excommunication from the county music world.

If we are going to have a society strong enough to support a diversity of ideas, we can’t impugn each other’s motives and label honest political disagreements as mean-hearted. This is merely a tactic to bully people into submission.

At their best, the arts can be a place of common ground, a place for Americans to find unity. We can all enjoy good music. But that common ground is put in jeopardy when the music industry itself makes certain political views a price of entry.

Huckabee was right. The people involved with the Country Music Association Foundation may disdain conservative views, but country music continues to lap up conservative dollars. Concertgoers may drop $40 a piece on a T-shirt, as they did at the Little Big Town concert.

America shouldn’t be a place where something as basic as country music is overshadowed by the political views of industry gatekeepers—particularly when the fan base generally doesn’t agree with those views. America can be a place of political disagreement, but cultural outlets like music and concerts should help foster some degree of unity.

As a graduate student, I constantly have to work with people who hold vastly different views than my own. Working together doesn’t mean I agree with everything they believe, but we can still work together and find common ground on many issues or projects.

Owen should be wise enough to at least tolerate the fans who pay his paycheck. They are not hateful bigots—they just think differently about the best way to create a society of human flourishing.