Podcast: The Many Stories of CPAC 2018 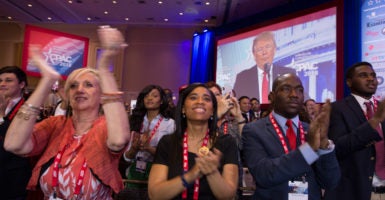 We’re bringing you a special edition of The Daily Signal podcast to share more exciting interviews we’ve done. They include:

Be sure to check out The Daily Signal’s YouTube channel for more exclusives from CPAC.