No, Tax Reform Will Not ‘Decimate’ Colleges or ‘Hurt’ Students 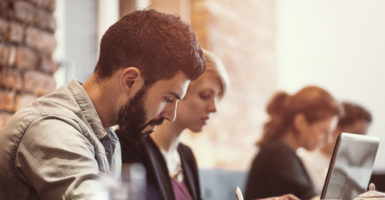 Under the House tax bill, universities would still be able to provide aid to grad students through untaxed scholarships. (Photo: iStock Photos)

Liberal elites at universities, who rarely meet a tax they don’t like, finally seem to have found one tax proposal that is unacceptable to them.

What makes this tax proposal different? Graduate students believe it will hit close to home. The proposal at hand, which is part of the House GOP’s tax reform bill, would tax tuition waivers enjoyed by graduate students.

However, as the American Enterprise Institute’s Preston Cooper points out, all the hand-wringing over a potential tax on graduate income is for naught. The House leaves intact another provision of the tax code—section 117(a)—which provides that scholarships used to pay college tuition are not considered taxable income.

According to Cooper, that means universities can simply reclassify tuition waivers (which are often provided to graduate students in exchange for serving as teaching assistants, and would be considered taxable income) as scholarships, which section 117(a) would still consider nontaxable income.

In addition to still being able to provide aid to grad students through scholarships that are untaxed, universities would likely still have a pool of students serving as teaching assistants in order to benefit from housing stipends, which are already considered taxable income under current law.

So scholarships, which are not considered income, would remain untaxed—a provision that makes sense, as the government should not tax phantom earnings in the form of tuition discounted to the student.

Compensation for graduate work in the form of tuition waivers would be taxed—a move also consistent with the broader aim of tax reform.

Regardless of how universities would choose to restructure graduate aid, the House proposal goes a long way toward including most nonwage compensation as taxable income, which would work toward creating a more encompassing definition of income that does not favor one type of compensation or consumption over another.

That’s important, because the federal government has long put its thumb on the scale of postsecondary options, heavily tilting it toward the traditional college route over other meaningful and lucrative paths toward upward mobility, such as apprenticeship programs and technical schools.

That’s evident in the massive subsidization of higher education, which taxpayers support in various ways to the tune of more than $250 billion annually, when student loans, grants, and tax credits and deductions are accounted for.

As the Cato Institute’s Neal McCluskey points out, spending on higher education has increased 283 percent in real terms since 1970, while enrollment increased at roughly half that rate (138 percent increase).

Meanwhile, tuition and fees at public and private universities have increased at twice the rate of inflation since 1980, with outstanding student loan debt now exceeding $1.3 trillion annually.

As economist Richard Vedder has noted, the federal government has been dumping money out of airplanes onto universities for decades, enabling colleges to raise tuition profligately with little consequence to their enrollment counts.

He goes on to explain:

It takes more resources today to educate a postsecondary student than a generation ago. That is not true for most goods and services, where productivity advances assisted by capital formation and technological advances have lowered the resources needed to produce a single unit of output. Relative to other sectors of the economy, universities are becoming less efficient, less productive, and, consequently, more costly.

The proposed change in the tax classification of graduate income will not spell the end of university supported graduate fellowships or “strangle the educational enterprise,” as one university head told Politico.

But it will help establish a more consistent tax code vis-à-vis compensation generally, and move toward a more equitable tax system that doesn’t favor one route to the middle class over another.

If college administrators are concerned with the alleged plight of graduate students—and college costs for students generally—they should champion reforms that actually put pressure on universities to keep prices in check.

Moving forward, as Congress considers a pending reauthorization of the Higher Education Act, lawmakers should make space for private lending by eliminating the federal PLUS loan program, which would put downward pressure on tuition prices by eliminating one of the major drivers of cost increases: virtually unlimited access to easy federal aid, with financing available up to the cost of attendance.

Claims that the end of graduate education is nigh are premature, but the conversation around graduate tuition waivers should catalyze broader discussions about the problems open-ended federal subsidies have created for both students and taxpayers.

As Higher Education Act reauthorization heats up this spring, this will be a welcome conversation.