Union Bosses Have Too Much Control. It’s Time to Protect the Rights of American Workers. 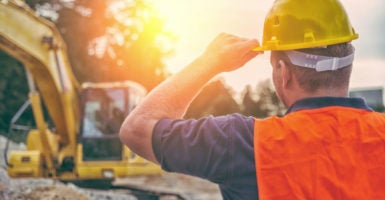 The Employment Rights Act would secure key rights for union members, such as the right to a secret ballot. (Photo: iStock Photos) 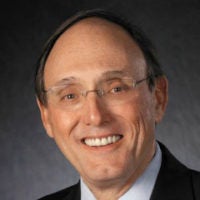 For the past eight years, union bosses have held the upper hand over East Tennessee workers, as the previous administration tried to stack the deck in favor of unionization.

The National Labor Relations Board and the Department of Labor combined to pursue an agenda that put union bosses and special interests ahead of the rights of individual workers and job creation.

If there was any doubt the Department of Labor was pushing a partisan agenda, just look at former Labor Secretary Tom Perez’s new job: head of the Democrat Party.

It is time to restore employee rights and create a pro-growth, pro-employee environment within the workplace, and I am pleased to already see the new administration working aggressively to create jobs by undoing job-killing regulations.

I’ve said time and time again that promoting fair and free labor policies in the workplace have nothing to do with whether or not you are pro- or anti-union, and everything to do with the rights to which every American worker is entitled.

Still, current law does not accurately reflect the 21st century we live in today. In fact, these laws have remained largely unchanged since the National Labor Relations Act was passed 70 years ago.

A striking statistic finds that 94 percent of workers represented by a union today never voted for that union to represent them. Today, labor unions’ membership is down to about 11 percent of the workforce as more and more employees have opted for a free-market economy.

For this reason I introduced the Employee Rights Act.

The Employee Rights Act is a comprehensive labor law update that will allow places of employment to serve the interest of their employees—not unions or other special interests.

The Employee Rights Act would ensure the right to a secret ballot is always protected.

It would also require permission from union members for the use of their dues for any purpose other than collective bargaining, ensuring union members’ dues cannot be used for political purposes without members’ knowledge or permission.

The bill requires periodic recertification of union elections so every employee has a chance to weigh in on whether or not they wish to be represented by a union.

Finally, the Employee Rights Act requires a majority vote of all employees—not just those present—to decide whether to unionize or strike.

These are commonsense protections every worker deserves.

The right to a secret ballot is one of the most fundamental protections of American democracy. It’s how we elect our presidents, our representatives, and our local leaders.

A secret ballot protects employees from intimidation during union elections—from both sides. Further, requiring employees to recertify their union regularly will keep union leaders attentive to the needs of workers.

This commonsense measure will help protect employee privacy and create safeguards for the American worker, and I look forward to working with the Trump administration to ensure worker rights are protected.