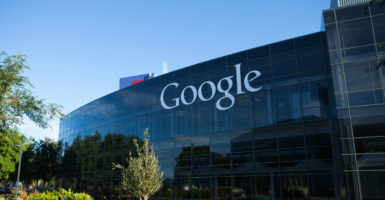 On June 27, the European Commission—Europe’s antitrust enforcer—fined Google over $2.7 billion for a supposed violation of European antitrust law that bestowed benefits, not harm, on consumers.

And that’s just for starters. The commission is vigorously pursuing other antitrust investigations of Google that could lead to the imposition of billions of dollars in additional fines by European bureaucrats.

The legal outlook for Google is cloudy at best. Although the commission’s decisions can be appealed to European courts, European Commission bureaucrats have a generally good track record in winning before those tribunals.

But the problem is even bigger than that.

Recently, questionable antitrust probes have grown like topsy around the world, many of them aimed at America’s most creative high-tech firms. Beneficial innovations have become legal nightmares—good for defense lawyers, but bad for free market competition and the health of the American economy.

What great crime did Google commit to merit the huge European Commission fine?

The commission claims that Google favored its own comparison shopping service over others in displaying Google search results.

Never mind that consumers apparently like the shopping-related service links they find on Google (after all, they keep using its search engine in droves), or can patronize any other search engine or specialized comparison shopping service that can be found with a few clicks of the mouse.

This is akin to saying that Kroger or Walmart harm competition when they give favorable shelf space displays to their house brands. That’s ridiculous.

Somehow, such “favoritism” does not prevent consumers from flocking to those successful chains, or patronizing their competitors if they so choose. It is the essence of vigorous free market rivalry.

To the contrary, as former FTC Commissioner (and leading antitrust expert) Josh Wright has pointed out, and as the FTC found:

Google likely benefited consumers by prominently displaying its vertical content on its search results page. The Commission reached this conclusion based upon, among other things, analyses of actual consumer behavior—so-called ‘click through’ data—which showed how consumers reacted to Google’s promotion of its vertical properties.

In short, Google’s search policies benefit consumers. Antitrust is properly concerned with challenging business practices that harm consumer welfare and the overall competitive process, not with propping up particular competitors.

Absent a showing of actual harm to consumers, government antitrust cops—whether in Europe, the U.S., or elsewhere—should butt out.

Unfortunately, the European Commission shows no sign of heeding this commonsense advice. The Europeans have also charged Google with antitrust violations—with multibillion-dollar fines in the offing—based on the company’s promotion of its Android mobile operating service and its AdSense advertising service.

As in the shopping services case, these investigations appear to be woefully short on evidence of harm to competition and consumer welfare.

The bigger question raised by the Google matters is the ability of any highly successful individual competitor to efficiently promote and favor its own offerings—something that has long been understood by American enforcers to be part and parcel of free-market competition.

As law professor Michael Carrier points out, any changes the EU forces on Google’s business model “could eventually apply to any way that Amazon, Facebook or anyone else offers to search for products or services.”

This is troublesome. Successful American information-age companies have already run afoul of the commission’s regulatory cops.

Microsoft and Intel absorbed multibillion-dollar European Commission antitrust fines in recent years, based on other theories of competitive harm. Amazon, Facebook, and Apple, among others, have faced European probes of their competitive practices and “privacy policies”—the terms under which they use or share sensitive information from consumers.

Often, these probes have been supported by less successful rivals who would rather rely on government intervention than competition on the merits.

Of course, being large and innovative is not a legal shield. Market-leading companies merit being investigated for actions that are truly harmful. The law applies equally to everyone.

But antitrust probes of efficient practices that confer great benefits on consumers (think how much the Google search engine makes it easier and cheaper to buy desired products and services and obtain useful information), based merely on the theory that some rivals may lose business, do not advance the free market. They retard it.

Who loses when zealous bureaucrats target efficient business practices by large, highly successful firms, as in the case of the European Commission’s Google probes and related investigations? The general public.

“Platform firms” like Google and Amazon that bring together consumers and other businesses will invest less in improving their search engines and other consumer-friendly features, for fear of being accused of undermining less successful competitors.

As a result, the supply of beneficial innovations will slow, and consumers will be less well off.

What’s more, competition will weaken, as the incentive to innovate to compete effectively with market leaders will be reduced. Regulation and government favor will substitute for welfare-enhancing improvement in goods, services, and platform quality. Economic vitality will inevitably be reduced, to the public’s detriment.

Europe is not the only place where American market leaders face unwarranted antitrust challenges.

For example, Qualcomm and InterDigital, U.S. firms that are leaders in smartphone communications technologies that power mobile interconnections, have faced large antitrust fines for, in essence, “charging too much” for licenses to their patented technologies.

South Korea also claimed to impose a “global remedy” that imposed its artificially low royalty rates on all of Qualcomm’s licensing agreements around the world.

(All this is part and parcel of foreign government attacks on American intellectual property—patents,copyrights, trademarks, and trade secrets—that cost U.S. innovators hundreds of billions of dollars a year.)

What can be done to confront these problems?

In 2016, the U.S. Chamber of Commerce convened a group of trade and antitrust experts to examine the problem. In March 2017, the chamber released a report by the experts describing the nature of the problem and making specific recommendations for U.S. government action to deal with it.

Specifically, the experts urged that a White House-led interagency task force be set up to develop a strategy for dealing with unwarranted antitrust attacks on American businesses—including both misapplication of legal rules and violations of due process.

The report also called for the U.S. government to work through existing international institutions and trade negotiations to promote a convergence toward sounder antitrust practices worldwide.

The Trump administration should take heed of the experts’ report and act decisively to combat harmful foreign antitrust distortions. Antitrust policy worldwide should focus on helping the competitive process work more efficiently, not on distorting it by shacking successful innovators.