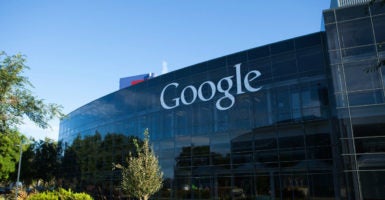 Gary Kavanagh is the director of strategic research for Save the 8th, an umbrella group of pro-life organizations in Ireland. He is also director of the Edmund Burke Institute, a conservative think-tank based in Ireland.

Ireland is currently engaged in a contentious fight over the right to life of the unborn—and it’s hardly being fought on an even playing field.

Ireland is set to vote Friday on a measure that would either remove or retain the eighth amendment to its constitution, which recognizes the right to life of the unborn and thus bans all abortions except those to save the life of the mother.

Pro-life Irelanders have faced a wall of opposition. First, there is the media, which is largely pro-choice and has covered the debate from a decidedly pro-choice angle. That’s hardly surprising given that Ireland’s National Union of Journalists is itself openly pro-choice.

Perhaps more stunningly, every major political party in the country has come out in favor of removing the right to life of the unborn from Ireland’s constitution. In addition, multiple pro-choice organizations were found to have illegally accepted substantial funding from George Soros’ Open Society Foundations to promote the liberalization of Ireland’s abortion laws.

So it was against an overwhelmingly pro-choice backdrop that the pro-life No campaign opted to make its case online. There, it assumed it could make its case without it being twisted by the media.

But recent events prove that optimism was misplaced.

On May 8, the No campaign placed a substantial online ad buy with Google. Less than 24 hours later, Google announced that it was “suspending” all advertisements related to the referendum within Ireland until the referendum was complete, effectively locking both campaigns out of advertising on their platforms, including YouTube.

By this time, the Yes side had already lobbied online for weeks.

Google explained to the press that it had concerns about the electoral integrity of the referendum. Google has since failed to comment, either publicly or privately, as to what those concerns are or if they are suggesting our referendum process has somehow been compromised.

Interestingly, the No campaign received a text from Google informing it of the ban just six minutes before it was publicly announced, but the Yes campaign’s press release—which welcomed the ban—was dated from the day before, meaning it received much more advance warning.

Facebook had previously announced a ban on foreign advertisements during the referendum period, which both campaigns welcomed as proportional and reasonable.

Google said its ban was “fair” because it banned all campaigns equally, but the fact is that the No campaign was more effective at using online methods to reach voters. The Yes campaign has openly admitted that.

Google shut down its platform to all campaigns despite knowing it would disproportionately harm the No campaign. Google had access to all the analytics from the advertisements on both sides. It knew exactly where each side would devote its resources and that the No side was stronger online.

To put all this into an American perspective, this is basically as if Google, two weeks from the midterm elections, decided it was going to ban all election ads after having been lobbied furiously to do so by one of the parties because that party suddenly realized it was losing the digital fight; announced it was doing so because it had concerns the mid-terms might be compromised; and then refused to answer any questions when people rightfully asked, “What do you mean our elections are compromised?”

The Google decision is particularly worrying when you consider the broader implications of it. Google dominates online advertising and so has a significant ability to shape public awareness and opinion. So far, it’s been hesitant to use that ability to its own ends in this debate.

But if Google is now willing to constrain political speech, knowing it could potentially change the outcome of a referendum, questions must be asked as to how far Google will go.

Is this practice of banning campaign ads something Google will continue in future elections and referenda? If so, will it still continue to refuse to tell the public, or even the campaigns themselves, why it’s doing so?

Considering Google’s reputation for being less than hospitable to conservative and libertarian staff, can we trust that Google will fairly handle political advertisements, or will its actions very quietly, very subtly hand the advertising advantage to the more progressive candidates?

Considering Google will not publicly explain its actions in Ireland, these deeper questions are not ones that Google will likely answer. Yet if it keeps making decisions that clearly aid one side over another in the political arena, it may soon find itself on the political hot seat.