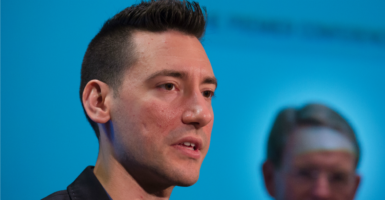 David Daleiden, pictured, and Sandra Merritt’s investigative work brought to light illegal practices and abuse of power that would have otherwise remained hidden from the public. (Photo: Jeff Malet Photography/Newscom) 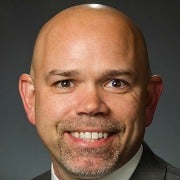 The undercover Planned Parenthood videos published in 2015 made one thing abundantly clear: Big Abortion skirts the law for its own gain, going to great lengths to hide its illicit activities not only from the public, but even from its own employees.

After such revelations, it seems like common sense that the government would defund Planned Parenthood. After all, taxpayer money should not go to fund abortions or the illegal practices going on behind the organization’s closed doors.

But abortion cronies seem to be on a different page entirely: Punish the journalists and protect the abortion giant that is lining their pockets.

First, they tried—and failed—to convict Center for Medical Progress investigators David Daleiden and Sandra Merritt in Texas. But now, California wants a shot at it. This week, the state attorney general charged Daleiden and Merritt with 15 felonies.

In response to the charges, the Center for Medical Progress released a new undercover video featuring the former medical director of Planned Parenthood Arizona, DeShawn Taylor.

Taylor is shown on camera discussing what appears to be an illegal partial-birth abortion procedure and the illegal sale of baby body parts.

She also talks about intentionally avoiding an Arizona state law that requires abortionists to transport babies who show signs of life after an abortion to a hospital.

“Well, the thing is, I mean the key is, you need to pay attention to who’s in the room,” she says.

Who is in the room also determines whether or not she can pull out intact “specimens” to sell to fetal tissue procurement agencies. She says she must be sensitive to her staff who might be uncomfortable if the aborted child comes out looking too much like a baby.

It’s obvious that Planned Parenthood will stop at nothing to protect its abortion gold mine, even keeping secrets from their own employees. They wouldn’t want to make anyone in the room feel uncomfortable.

But what about the baby in the room?

Investigative journalists like Daleiden have been instrumental in casting light on deceptive practices in big government, big business, and now, big abortion.

In the past, investigative journalists have been lauded for their work.

They were applauded when they uncovered the Watergate scandal. No one has batted an eye at the many undercover investigations run by People for the Ethical Treatment of Animals.

In fact, animal rights organizations in California have uncovered animal abuse by becoming employed and secretly filming conditions at farms and slaughterhouses.

But the state hasn’t charged them with 15 felonies.

Daleiden and Merritt’s investigative work, just like these other examples, brought to light illegal practices and abuse of power that would have otherwise remained hidden from the public.

Isn’t that the purpose of journalism—to reveal the truth? It should concern all Americans that California’s attorney general is trying to strip journalists of the freedom to do their jobs and report the truth.

Big abortion has effectively used its network of abortion cronies to attempt to bring swift punishment against Daleiden, but the reaction to Planned Parenthood’s illegal practices has come much slower.

A handful of states have rightly defunded the abortion giant. And while the House Select Investigative Panel on Infant Lives released a report recommending that Planned Parenthood no longer receive federal funding and that those who have illegally profited off of the sale of baby body parts be prosecuted, little action has been taken thus far.

When our government acts more quickly to strip journalists of their freedoms than to act against an organization breaking state and federal law, then something is wrong. That is what’s truly “creepy.”