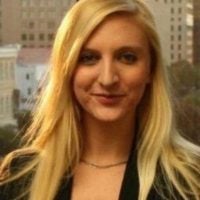 Jenna Moll is the deputy director for the U.S. Justice Action Network.

In 1762, agents of the king of England entered John Entick’s house without his consent, searched it from top to bottom, and seized documents and other printed materials.

Entick was not accused of a crime; rather, the king’s men were in search of allies and materials associated with John Wilkes, an outspoken critic of the British government and the king.

Entick sued, and the resulting court case, along with other injustices suffered by American colonials under siege from aggressive British search and seizure practices provided the background as John Adams and the Founding Fathers laid the philosophical groundwork for the Fourth Amendment to the United States Constitution.

The Founding Fathers who pieced together the world’s longest surviving written charter of government would be aghast at one current practice that would appear to them—and many others—to come in direct conflict with the Fourth Amendment: civil asset forfeiture.

Last week, in refusing to consider a civil asset forfeiture case on procedural grounds, Supreme Court Justice Clarence Thomas cast doubt that these practices could stand up constitutionally or be sustained by historical practice.

>>>Clarence Thomas Casts Doubt on the Constitutionality of Civil Forfeiture

We share his doubt. Civil asset forfeiture is a procedure where state and federal government actors seize property from private citizens under the suspicion that the property is somehow involved with a crime. Those citizens are rarely charged or convicted of criminal behavior, but the property is brought into a civil court of law, wherein the government must meet what is usually a low burden to “prove” that property’s guilt.

Putting aside the issues with bringing criminal accusations into a civil court, an innocent property owner is forced to come into that civil court, often without legal assistance, and attempt to prove a negative—that their property is not guilty—against the full force and weight of a government agency.

For example, a volunteer manager of a Christian rock band who toured the country to raise funds for charity was pulled over in Oklahoma for a broken taillight. The government found and seized $53,000 from him, without having any evidence that the cash was obtained in conflict with any laws. The manager, Eh Wah, only received the band’s money back after a lawsuit was filed and public outcry became too loud for the government to withstand.

Our notion of government, our reasons for creating this great country, were founded in part on the sacred belief that we would never let an American be caught in such a Byzantine scheme against his or her own government.

Fortunately, many states are leading the way to protect innocent property owners from this government overreach.

In 2015, New Mexico policymakers passed legislation that moved government forfeiture practices into the criminal justice system, wisely reasoning that when a government agent makes a criminal allegation, such a claim should be within the purview of a criminal court.

That same year, Montana required a criminal conviction prerequisite to its civil forfeitures, ensuring that criminal activity was at least proven beyond a reasonable doubt at some point before the state takes its citizens property.

In 2016, Nebraska and New Hampshire followed suit, requiring a criminal conviction for forfeiture, while Maryland raised the burden of proof that the government must meet in civil court to “clear and convincing.”

Florida went one step further, raising that burden of proof for forfeiture to “beyond a reasonable doubt.”

In 2017, constitutionally-minded policymakers in several states are positioning themselves to be leaders on this issue, remaining faithful to the Founding Fathers by protecting their citizens’ property rights.

Michigan, which raised the burden of proof required for forfeiture just two years ago, now seeks to move its forfeiture practices closer to a model that Adams would find constitutionally acceptable.

Arizona is working to require a higher burden of proof for forfeitures, while retracting a particularly onerous and egregious quirk in its law that allows innocent owners to be held liable for the government’s attorney’s fees if they come to court and lose. Legislators in Pennsylvania, Texas, Idaho, and Tennessee all are considering reforming forfeiture laws.

But there is far more to do.

Dozens of states still have archaic and constitutionally unsound practices in place, and the federal government, including the Department of Justice and the Internal Revenue Service, continues to engage in widespread forfeiture.

The federal government’s forfeitures are so rampant, and so lacking in adequate constitutional protections, that many of the states that have passed reforms were forced to include anti-circumvention measures to prevent federal laws from undermining the states’ work to protect their citizens’ property.

In concurring with the Supreme Court’s decision not to hear a civil asset forfeiture case out of Texas, Thomas noted: “Whether this Court’s treatment of the broad modern forfeiture practice can be justified by the narrow historical one is certainly worthy of consideration in greater detail.”

While the court awaits a case ready to undertake that consideration, more and more states are moving forward with legislative protections, making it clear they do not find such adequate justification in current forfeiture practices.

We stand with those states, and with Entick, Adams, and our Founding Fathers.