Numbers Show That Democrats Place More Trust in the Media 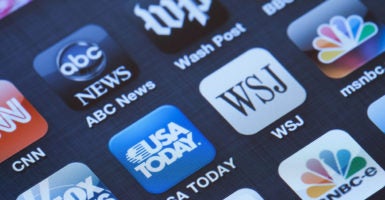 A Newseum Institute study found that 85 percent of conservatives reject the idea that the news media report without any bias, while only 68 percent of liberals held the same view. (Photo: iStock Photos) 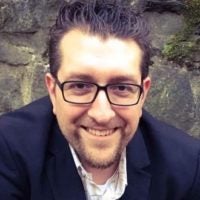 Billy Hallowell has contributed to The Washington Post, Human Events, The Daily Caller, Mediate, and The Huffington Post, and is the author of the new book, "Fault Line: How a Seismic Shift in Culture Is Threatening Free Speech and Shaping the Next Generation."

While anecdotal examples and internal inklings might convince some that media bias is afoot, is there actually evidence to corroborate the claim?

Personally, I’ve always felt that bias is most certainly at play, but it’s making the concept provable that is quite complicated. While not foolproof, I would look at how the public assesses its own confidence in the press to explore that paradigm.

That means that just 2 in 10 Americans have a great deal of confidence in newspapers—and TV news doesn’t fare much better, with 8 percent selecting “a great deal” and an additional 13 percent expressing “quite a lot” of confidence.

The confidence proportions have changed in recent years when it comes to both newspapers and TV news.

While just 20 percent of the public expressed a great deal or quite a lot of confidence in newspapers in 2016, that same measure was at 30 percent in 2006 and at 51 percent in 1979 (though it largely remained in the 30s over the years).

Meanwhile, TV news has also experienced changes over the decades. While 21 percent expressed, at the least, “quite a lot” of confidence in the 2016 poll, that proportion was at 46 percent in 1993.

Clearly an erosion of trust has unfolded over the years.

The Newseum Institute also asked a question about bias in its “The 2016 State of the First Amendment” report, finding that only 23 percent of American respondents “believe that the news media attempts to report on news without bias.” Meanwhile, 74 percent disagreed with this notion.

The report found, most specifically, that 85 percent of conservatives disagreed with the idea that media outlets report without any bias, with 71 percent of moderates and 68 percent of liberals disagreeing.

>>>For more on this topic, read Billy Hallowell’s new book, “Fault Line: How a Seismic Shift in Culture Is Threatening Free Speech and Shaping the Next Generation”

And the deep trust issues don’t end there.

Consider another Gallup poll that was conducted in September 2015. It found that the nation’s trust in the media remained at a “historic low,” offering additional data that backs up the idea that Americans are skeptical about what’s being reported.

Respondents were asked, “How much trust and confidence do you have in the mass media—such as newspapers, TV, and radio—when it comes to reporting the news fully, accurately, and fairly?” and were offered up a number of choices, which included “a great deal,” “a fair amount,” “not very much,” and “none at all.”

Again, there is more evidence of the erosion of trust: “Since 2007, the majority of Americans have had little or no trust in the mass media,” Gallup reported. “Trust has typically dipped in election years, including 2004, 2008, 2012.”

And guess what? When the question was again asked in 2016 amid the heated presidential campaign, the firm found “32 percent saying they have a great deal or fair amount of trust in the media”—the lowest proportion in Gallup history, topping even the shocking 2015 proportion.

At this point, you have to wonder: What’s driving those dips, especially during politically charged election years? Something the media are doing is simply turning the public off.

Perhaps a 2016 Pew Research Center poll further spoke to this dynamic, finding that 74 percent of Americans said they believe the media “tend to favor one side” when covering social and political issues, with just 24 percent saying outlets tend to “deal fairly with both sides.”

Now here’s the piece of the Gallup puzzle that is, perhaps, most fascinating: For more than a decade, Democrats have been significantly more likely than Republicans and independents to express trust for the mass media.

Let’s just quickly recap the proportions of Democrats over the years that have said that they have a great deal or fair amount of trust for the media.

While there has been a general consistency among Democrats, the story is entirely different for independents and Republicans.

While 53 percent of independents said that they had a great deal or fair amount of trust in media in 1997, only 30 percent said the same in 2016.

It should be noted that the highest this proportion reached between those years was 55 percent back in 1999. There is a similar dynamic for Republicans, who saw their highest trust come in at 52 percent in 1998.

But Republicans have consistently not had majority trust in the media, with the proportion found in 1998 standing as the only time between 1997 and 2015 that the combined percent of those who selected a “great deal” or “fair amount” of trust crossed the 50 percent threshold.

Only 32 percent of Republicans said that they had trust in the media when asked this question in 2015, putting them on par at the time with independents. But in 2016, that proportion dipped to just 14 percent.

Forgive me for all the data and numbers, but it seemed prudent to delve into exactly where Americans stand when it comes to confidence and trust in media.

The main takeaway is that Democrats have consistently had a higher regard for trust of the media. While that is not a smoking gun on the bias front, it’s telling that more people who describe themselves as left of center would have fewer qualms with the mass media.

Are they seeing more of their values being represented and are thus less perturbed by what they’re seeing on the news front? Perhaps.

And just when you thought we might be done with the data, let’s look at yet another Gallup question that asked Americans a bit more directly what they believe about perceived bias in the news media.

The polling firm said in a 2014 report that “historically, Americans are most likely to feel the news media are ‘too liberal,’” finding that year that 44 percent of Americans felt the press were too left of center, compared to 19 percent who said too conservative and 34 percent who selected “just about right.”

As for those saying the press is “too liberal,” the proportion has fluctuated from between 44 percent and 48 percent since 2002.

Meanwhile, the “too conservative” cohort has been as low as 11 percent in 2002 and has never exceeded 19 percent. Republicans (71 percent) were the most likely to select “too liberal,” with 42 percent of independents and only 20 percent of Democrats doing the same.

With all of this in mind, Gallup concluded in its 2014 study that trust in media likely won’t be improving anytime soon: “The overarching pattern of the past decade has shown few signs of slowing the decline of faith in mass media as a whole.”

This excerpt was taken from Billy Hallowell’s book, “Fault Line: How a Seismic Shift in Culture Is Threatening Free Speech and Shaping the Next Generation” (Frontline, 2017).