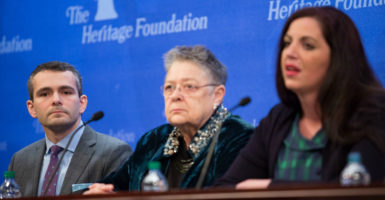 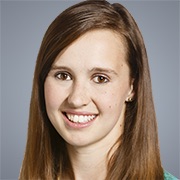 On Feb. 16, a rape survivor, a lesbian, a radical feminist, and a conservative activist gathered at The Heritage Foundation in support of a common cause.

As members of the Hands Across the Aisle Coalition, these unlikely allies have banded together to combat the increasingly anti-woman positions adopted by the transgender movement.

The event, which focused on the impact of laws and policies that privilege “gender identity” over biological sex, was hosted by Ryan T. Anderson, the Heritage Foundation’s William E. Simon senior research fellow.

Leading off the panel was Kaeley Triller Haver, whose past as a survivor of childhood sexual abuse drives her current work fighting to protect the safety and privacy of women and girls. She first encountered the push to allow men in women’s restrooms while on staff at her local YMCA.

As part of her job duties, she conducted regular sex offender screenings, and the results were disturbing, as she recounted:

Every single time that I would run one of these screenings, I would find somebody who’d infiltrated the system, because that’s what predators do—they prey, and they seek opportunity. And I recognized that this new policy that they were asking us to embrace and adopt was basically the equivalent of rolling out a welcome mat for any man who decided that he wanted to come in and access our spaces.

Haver recognized the transgender activists’ strategy of accusing those who oppose their agenda of being close-minded and unloving. Her abuser had used similar tactics to persuade her to compromise her personal boundaries, she said.

Emily Zinos, a mother of seven, was unable to attend the event, but her comments were read in her absence. Zinos faced this issue in one of her children’s schools. As part of the Ask Me First campaign, she advocates safety and privacy for all students.

What worries me most is that schools across the country are quashing debate, abandoning academic pursuits, and reducing themselves to pawns in a political movement whose claims are highly questionable, unscientific, and have been shown to harm children. Public schools have a duty to serve all children, but schools cannot serve children and a totalitarian ideology all at once.

Miriam Ben-Shalom, a longtime gay rights activist and the first lesbian U.S. service member to be reinstated after being discharged from the military under “don’t ask, don’t tell,” spoke next. She asked conservatives to differentiate between the gay and lesbian community and transgender activists, whose agenda is more about infringing women’s rights and safety than protecting those of transgender citizens.

It’s not about bathrooms. It is about bathrooms, locker rooms, women’s shelters, women’s jails, and women’s spaces, and the real issue here is male violence. That’s what it is, and that’s what we’re talking about here. If trans women were really women, they would understand that the issue is male violence and they would sit down with us and civilly work together to find an acceptable solution to this problem.

The question of public restrooms, locker rooms, and showers sparked an intense political battle last year across the nation, but particularly in North Carolina. 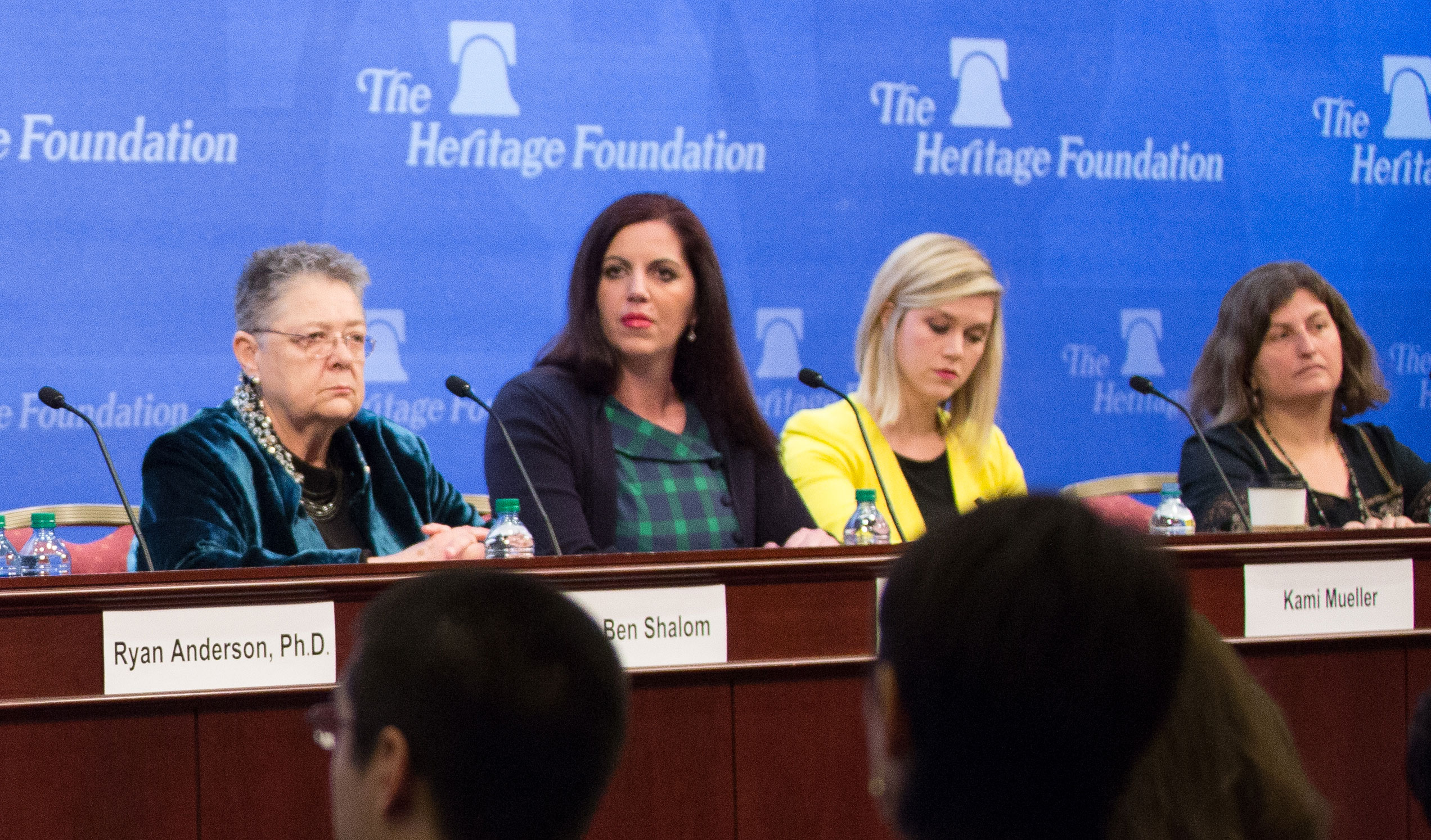 Kami Mueller, principal of the Mueller Group, recounted her experience battling this new ideology of sex and gender supporting North Carolina’s H.B. 2 as director of communications for the North Carolina Republican Party.

The bill, which requires people to use the restroom corresponding to the sex on their birth certificates while also allowing transgender people to change their birth certificates and allowing anyone access to a single-occupancy facility, was passed in 2016 in response to a Charlotte City Council ordinance that would have opened all restrooms, locker rooms, and showers in the city to anyone on the basis of gender identity.

Now, the state is considering repeal of H.B. 2, and again opening private facilities on the basis of gender identity.

She said of the proposed repeal of H.B. 2:

Mary Lou Singleton, a midwife and feminist activist, spoke last. She has spent her life advocating for women facing discrimination. She tied this work to the need to speak up in defense of the reality that people are by nature male and female.

This issue has serious consequences for the children who fall prey to transgender ideology and are given hormone treatment, as she pointed out:

We have federal laws in this country that you can’t use Medicaid and Medicare funds to sterilize someone until someone is over 21. We’re sterilizing 11-year-olds because they want to shop in the wrong aisle at Toys R Us. This is insanity.

For Singleton, the scientific truth that humans are a sexually dimorphic species goes beyond the political battles over religious freedom and free speech.

Despite their differing backgrounds and political views, the panelists were able to come together to agree on one thing: Women’s basic rights are at stake in this debate, and, as Haver noted, “when gender identity wins, women always lose.”