My Dad Was Transgender. Why I Still Think Gender Can’t Be Changed. 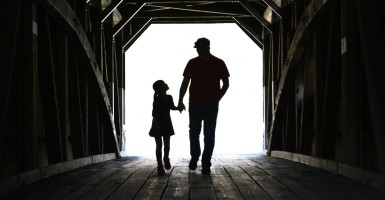 I miss all those times when he accepted the reality that he was Harold, a man—a husband, father, and grandfather. (Photo: iStock Photo) 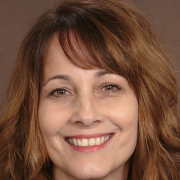 Maybe parallel universes really do exist. Maybe, as my husband and I hiked through the deep, dark forest a few years ago, we somehow crossed through a portal, a stargate into another dimension—a universe that, superficially at least, looks quite similar to the one I’d known most of my life.

I almost hope that’s true. I’d like to believe it, because in the world I now inhabit—which outwardly resembles the one I remember—everything seems to have been turned inside out and become utterly bewildering.

Yes, I find myself wanting to believe that weird matrix explanation and to resist the more likely truth that the world I grew up in could have changed so completely.

I’d like to believe that somewhere back there the world I accidently exited still exists—that world where gender was a fixed biological fact, determined at conception.

But no, this is not the Twilight Zone; it is not an inexplicable parallel universe.

This is 21st century America, and, according to an ABC news article on guidelines recently handed down by the U.S. Departments of Justice and Education:

There is no obligation for a student to present a specific medical diagnosis or identification documents that reflect his or her gender identity, and equal access must be given to transgender students even in instances when it makes others uncomfortable, according to the directive.

But the very hard reality in this topsy-turvy world is that transgender people are hundreds of times more likely to attempt suicide than the general U.S. population.

And what does our enlightened culture do about this very sad statistic?

My father gave in to his make-believe transgender impulses and became Becky.

Well, we make it easier for people to transition to this sad and depressing lifestyle. Helping them struggle down the hard road of facing reality is just too judgmental; it’s better to let them move into a make-believe life in which they face a 4-in-10 chance of attempting suicide.

My father gave in to his make-believe transgender impulses and became Becky. He’d spent most of his life dreaming of making that transition. When he finally left his family and got what he’d long desired, he still wasn’t fulfilled.

He considered suicide, but, thankfully, resisted. But later, pumped full of unnatural hormones and chemicals and adorned in women’s clothing, he died a sad, confused, forgetful, and regretful old man.

I missed Harold, the one who, during his periods of resisting his impulses, treated me as a father should treat his daughter.

I miss all those times when he accepted the reality that he was Harold, a man—a husband, father, and grandfather.

I miss him dancing with my little feet placed on top of his, his big hands reaching down to clasp my little five-year-old hands. I miss those days of his sexual sobriety when we worked together at his father’s seed company and went to lunch together. I miss all those times when he accepted the reality that he was Harold, a man—a husband, father, and grandfather.

I don’t miss Becky, or those transition times when my father gave in to his transgender impulses. I don’t miss him telling me, when I was just nine years old, of his desire to become a woman and then requiring me to keep that confession a secret. I don’t miss the fanciful alternate world he transported into, leaving my mother emotionally distraught and financially destitute.

That’s what this small but vocal minority and their enablers want from the rest of the real world.

I’d like to believe that world in which truth is objective, and children’s modesty and safety is more important than being politically correct still exists and somehow I might find the portal to return to it. Back to that world where adults looked out for children’s best interests, even if doing so meant saying no and then dealing with rather than succumbing to the resultant temper tantrum.

I’d like to think that, in that parallel universe I inadvertently ambled out of, women and children’s safety is still more important than appeasing a tiny-but-very-vocal minority.

But it appears I’m no longer in that universe. I’m in one where choices—no matter how illogical—trump obvious facts.

I’m now in a world that tells me I must not only tolerate but also celebrate behaviors that in just a relative eye’s blink before were condemned as detrimental to society.