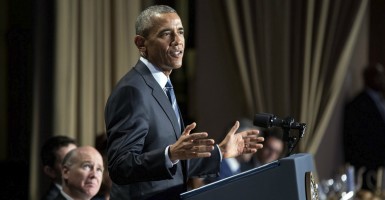 We continue to question the EPA in their application and use of “covert propaganda” in stacking the deck during the public comment period. (Photo: Pete Souza/ZUMA Press/Newscom) 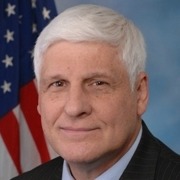 Last week’s Daily Signal op-ed on a new regulation by the Environmental Protection Agency provided an informative crash course on the history of private property rights and its relation to the Clean Water Act.

Judging by the transcripts and media reports of the oral arguments from the March 30, 2016 Army Corps v. Hawkes Co. oral arguments, it is not out of the realm of possibility that the Supreme Court will once again rebuke the Obama administration for failing to uphold its duties.

What the article failed to point out is that the House of Representatives has been fighting this issue since 2012. Most recently, the House and Senate passed a resolution pursuant to the Congressional Review Act, which formally disapproves of the EPA’s Waters of the United States rule (WOTUS). Unfortunately, the president vetoed the commonsense resolution.

The problem with the WOTUS rule is not just the rule itself—which, as the author rightly points out, expands the EPA’s authority beyond what is traditionally considered navigable waters. The Clean Water Act, as it is written and intended, was a partnership with the states. The House’s efforts began several years ago, before the rule was ever finalized. We have held numerous hearings over the past several years that allow states with both Democrat and Republican governors the opportunity to voice their concern over WOTUS regulations and burdens.

The general conclusion is that the EPA is treating its state counterparts as adversaries rather than partners.

The general conclusion is that the EPA is treating its state counterparts as adversaries rather than partners. State agencies play a critical role in protecting water quality.

Since the formal announcement and finalization of the rule in June 2015, the House has been diligent in investigating and monitoring the allegations of wrong-doing by the EPA during the public comment period for the WOTUS.

It was the House Subcommittee on Water Resources and the Environment that uncovered Army Corps memos written by top officials that cast doubt on the EPA’s ability to defend the new rule in a court of law.

We continue to question the EPA in their application and use of “covert propaganda” in stacking the deck during the public comment period. Rep. Rick Crawford, R-Ark , Rep. Tom Marino, R-Pa., and I led the effort of over 100 members of Congress urging the EPA to conduct an investigation into the discovery by the New York Times. A GAO report later confirmed the allegations, asserting that the EPA broke the law.

As with the Congressional Review Act resolution, it is likely that any Congressional attempt to codify a Waters of the United States definition which passes the House and the Senate will be vetoed by President Obama to protect his radical environmental agenda. That is why this November is so important.

It will require a new president, as well as maintaining control of both houses of Congress, to roll back not just individual rules and regulations like WOTUS, but the expansion and reach of the entire regulatory regime itself.