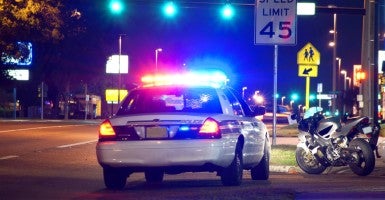 It is time for Congress to take seriously the need to reform the nation’s forfeiture laws. (Photo: istockphoto)

After a four-month hiatus, the Justice Department has announced it is resuming its much-criticized “equitable sharing” program, which disburses hundreds of millions of dollars annually to state, local, and tribal law enforcement organizations that seize property and money under highly controversial civil asset forfeiture laws.

In 1984, Congress turned to civil asset forfeiture laws as a means of combating rampant drug trafficking and organized crime. Law enforcement agents were given the ability to seize the property they suspected had been used by the worst offenders to commit their illicit acts, as well as the “fruits” of those crimes.

They were also, for the first time, allowed to retain the proceeds of successful forfeitures and spend this money with little oversight or accountability. And the attorney general was empowered to transfer forfeited assets “to any State or local law enforcement agency which participated directly in the seizure or forfeiture of the property” through what became known as the “equitable sharing” program.

Thanks to equitable sharing, a state or local agency can seize property under state law, transfer it to federal authorities for forfeiture under federal law, and then get up to 80 percent of the resulting proceeds—even if the police department or sheriff’s office is banned under state law from retaining forfeiture proceeds. Since 2000, more than $5 billion has been paid out to law enforcement entities all over the country, every cent of which is beyond the control of local or state legislators.

In other words, the federal government is effectively enabling state and local law enforcement agencies to bypass state laws that make it more difficult to forfeit property, or are more restrictive in how forfeiture proceeds may be spent, than federal law. It is an arrangement that violates the principles of federalism, encourages a lack of transparency, and weakens local and state governments’ ability to conduct essential oversight and accountability functions.

But in December, the payments suddenly came to a halt. Earlier in the year, Congress “rescinded”—essentially, withdrew—more than $1.2 billion from the federal Assets Forfeiture Fund as part of the 2015 Bipartisan Budget Act and the 2016 Consolidated Appropriations Act.

Lawmakers determined at the time that there were non-law enforcement priorities in greater need of these funds, and to save the Assets Forfeiture Fund from insolvency, the Department of Justice decided to temporarily suspend payments.

The backlash from law enforcement organizations was predictably swift and vitriolic. The International Association of Chiefs of Police, the National District Attorney’s Association, the National Sheriffs’ Association, and other groups demanded the immediate restoration of equitable sharing payments.

This week, they got their wish: Having determined that the fund was no longer at risk, the Justice Department restarted the payments.

But law enforcement organizations should not get too comfortable. There is no reason to believe that future Congresses will not once again turn to the Assets Forfeiture Fund as a source of much needed revenue in an era of tight budgets. This means, in no uncertain terms, that the future of the equitable sharing program is likely far rockier than proponents might wish.

Rather than return to an indefensible funding mechanism that violates the principles of federalism, we should confront the ugly issue of law enforcement dependency on forfeiture funds.

In 2001, a survey of 1,400 police executives revealed that 40 percent of respondents considered forfeiture revenues to be necessary for their budgets. The Washington Post reported that 298 police and sheriffs’ department and 210 task forces have, since 2008, generated the equivalent of 20 percent or more of their budgets each year via civil forfeiture.

Ostensibly, the Department of Justice takes this rule seriously, but perhaps the department is finally ready to dispense with the pretense: In the letter announcing the resumption of payments, the head of the Asset Forfeiture and Money Laundering Section stated (emphasis added):

We understand this deferral has been difficult for many of you, as you depend on these resources for your critical law enforcement efforts.

So long as the status quo persists, agencies will inevitably seize property from innocent people, as the long and growing list of abusive seizures attests.

It is time for Congress to take seriously the need to reform the nation’s forfeiture laws, starting with the perverse financial incentives that addict law enforcement agencies to civil asset forfeiture and warp their priorities. States should follow the example of New Mexico and bar their agencies from participating in the equitable sharing program.

Law enforcement financing should be returned to the control of elected legislatures. These agencies perform critical functions, and they should be adequately—indeed, generously— funded, but not through property seizures. The human cost of financing our nation’s law enforcement via civil asset forfeiture is simply too high to countenance.