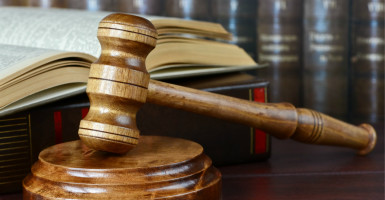 “Basically what you have here is a situation where federal bureaucrats are making uneducated guesses about the religious devotion of employees,” lawyer Daniel Blomberg says. (Photo: Ingram Publishing/Newscom)

In a 2-1 decision, the 11th U.S. Circuit Court of Appeals decided Thursday that the U.S. government has “a compelling interest” to ensure that EWTN employees are enrolled in a health plan that provides contraceptives. Requiring that, the court said, doesn’t “substantially burden” the Catholic organization’s free exercise of religion.

The appeals court, however, put a hold on its ruling until the Supreme Court addresses the same issue through similar cases expected to be heard this year.

Under the Affordable Care Act, most health insurance plans are required to cover contraceptives without cost sharing.

EWTN, founded by a cloistered nun named Mother Angelica, describes itself as “dedicated to the advancement of truth as defined by the magisterium of the Roman Catholic Church”—which considers the use of contraception morally wrong.

We accept that the plaintiffs truly believe that triggering contraceptive coverage or being complicit in a system providing contraceptive coverage violates their religious beliefs. But our objective inquiry leads us to conclude that the government has not put plaintiffs to the choice of violating their religious beliefs or facing a significant penalty.

The two judges found that federal regulation mandating the contraception coverage doesn’t violate the 1993 Religious Freedom Restoration Act, which prohibits “substantially burdening a person’s exercise of religion” except through the use of the “least restrictive means” of furthering a “compelling governmental interest.”

The two judges asserted that requiring “free” contraceptives for EWTN employees reflects the government’s interest in “avoiding the adverse public health consequences of unintended pregnancies and in assuring women the equal benefit of preventative care.”

An amicus curiae brief submitted by EWTN in support of the petitioners in the upcoming Supreme Court case Zubik v. Burwell reads in part:

Ever since it was issued in 2011, EWTN has vigorously contested the federal mandate … requiring its self-insured health plan to cover contraception, sterilization, and abortion-inducing drugs.

In his dissenting opinion, Judge Gerald Bard Tjoflat, appointed by President Gerald Ford, wrote that his colleagues’ understanding of the “substantial burden test” of the federal law known as RFRA leads to a situation in which “federal judges would have to decide whether the burden itself substantially violated the adherent’s beliefs.”

“The majority runs roughshod over the sincerely held religious objections of Eternal Word Television Network,” Tjoflat wrote, concluding that “the majority’s reasoning takes aim at the heart of RFRA itself.” He added:

The Constitution does not vest in the judiciary the authority to declare winners and losers in matters of faith. And for good reason.

Daniel Blomberg, legal counsel for the Becket Fund for Religious Liberty, which represents EWTN, told The Daily Signal that the nonprofit Christian legal organization is considering the next course of action for its client.

Blomberg called the majority decision a “remarkable and dangerous” threat to religious liberty for people of all faiths. He said that although the U.S. government does not require its own military to comply with the contraceptive mandate, it is “insisting on making EWTN participate in handing out the drugs in violation of their faith.”

The two judges in the majority did not consider direct government funding of contraceptives as a viable option, arguing that “adopting a single-payer system for contraception would require Congress to squeeze insurance companies out of an entire segment of the health insurance business.”

Blomberg questioned the majority’s opinion that federal regulation exempts “houses of worship” from the contraceptive mandate for employees but not religiously affiliated organizations.

The two judges said the rationale behind the Obamacare regulation is based on a “commonsense notion” that church employees are more likely to share the same beliefs as their employer.

The regulation by the U.S. Department of Health and Human Services states:

“Basically, what you have here is a situation where federal bureaucrats are making uneducated guesses about the religious devotion of employees,” Blomberg said, adding:

The bottom line here is all these religious ministries just want to get back to the work they’ve always done. … They just want to keep doing that in a way that doesn’t violate their faith.