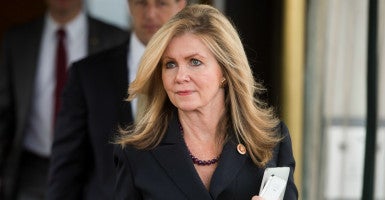 Rep. Marsha Blackburn, R-Tenn., will serve as the panel’s chair.

“No issue is more deserving of our undivided attention than protecting the dignity of human life,” Blackburn said in a statement provided to The Daily Signal. “This will be a broad-based, information-gathering, fact-finding mission to answer questions about how we treat and protect life in this country. This is a discussion that this country must have. This is a discussion that we should not shy away from.”

“Recent videos exposing the abortion-for-baby parts business have shocked the nation, and demanded action,” Boehner said in a statement. “At my request, three House committees have been investigating the abortion business, but we still don’t have the full truth. Chairman Blackburn and our members will have the resources and the subpoena power to get to the bottom of these horrific practices, and build on our work to protect the sanctity of all human life.”

The House authorized the panel to investigate allegations that Planned Parenthood, the nation’s largest abortion provider, is selling the body parts of aborted babies to researchers for profit.

The allegations were raised by a series of undercover videos of Planned Parenthood executives that were released by the Center for Medical Progress.

Trafficking human body parts is a felony in the United States. Spokespersons for Planned Parenthood have denied making a profit from illegal transactions. The organization recently announced it will no longer accept “reimbursement” for donations of body parts to researchers.

“Regardless of whether these investigations are focused on uncovering facts or pursuing a political agenda, we will continue to share the facts with all of these committees, which include that fetal tissue donation for medical research is an important but tiny part of Planned Parenthood’s work in just two states, that we’ve had guidance in place for more than a decade that goes well beyond the legal requirements, and that even doctored and discredited videos show no wrongdoing by Planned Parenthood.”