Ignore the Scam: Planned Parenthood No Supporter of African-Americans 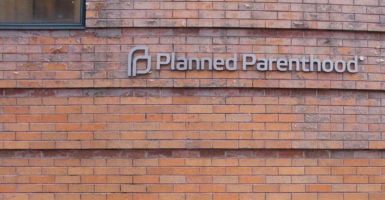 People across the social media spectrum lashed out at Planned Parenthood for daring to suggest that it is carrying on Martin Luther King Jr.'s vision. (Photo: Stephanie Ott/dpa/picture-alliance/Newscom)

Plenty of movements have tried to hitch their wagon to the legacy of Martin Luther King Jr. For years, people across the political spectrum have claimed him as one of their own—in part because it’s convenient and in part because he isn’t here to dispute it.

But no cause is more antithetical to King’s than Planned Parenthood’s. And when the group founded by an open racist tried to suggest otherwise Jan. 15, we weren’t the only ones who noticed.

People across the social media spectrum lashed out at Cecile Richards’ group for daring to suggest that it is carrying on King’s vision. The idea that King would have stood by—let alone embraced—Margaret Sanger’s legacy is outrageous.

Yet still, Planned Parenthood had the audacity to tweet: “Dr. Martin Luther King, Jr. dedicated his life to the idea that racial and economic justice are foundational to our democracy. Today we honor his courageous vision and radical action—and commit to furthering his dream by continuing the fight for justice.”

If you know anything about Planned Parenthood, you know that it was built on the back of Sanger’s eugenics. Years later, her legacy lives on in the group’s business model, which intentionally preys on minority women. How do we know that? Simple: The majority of Planned Parenthood’s facilities have been built in urban areas within walking distance of African-American and Hispanic neighborhoods. And that’s no coincidence.

Richards knows better than anyone that black babies are aborted at a rate five times higher than white babies. So while she likes to say “black lives matter,” she’s not telling the whole story. They matter because it’s a part of her business model.

Despite making up just 13 percent of the U.S. population, the Centers for Disease Control and Prevention’s 2016 report points out, black babies made up a whopping 35 percent of the total abortions reported in 2013. Meanwhile, Planned Parenthood, the group that profits most from that statistic, continues its scam as a defender of African-Americans.

“Please tell us more about how you’re honoring his courageous vision,” one of many pro-lifers fired back. “Are you going to plant yet [another] abortion clinic in a black neighborhood or something?” Alexandra DeSanctis piled on. “Your group was founded by a eugenics enthusiast who peddled birth control in black and impoverished neighborhoods. Today, more black babies are aborted than born alive in NYC, your headquarters. You have no business coopting MLK to push your propaganda.”

DeSanctis is right. With just a 40 percent survival rate, the womb is one of the most dangerous places for New York City’s African-Americans. Yet Planned Parenthood will cover up that statistic with the same proficiency that it’s covered up years of abuse, organ trafficking, partial-birth abortions, fraud, and countless other crimes against humanity.

The only connection Richards’ group has to MLK is its butchering of the basic civil rights for which King died. “It’s not so much about labels—liberal, conservative, and all of that,” his niece Alveda King has said. “But he was someone who lived and gave his life to help all humanity. And so that definitely would include conception until natural death.”

As she told reporters last December: “Martin Luther King Jr. never accepted the agenda of Planned Parenthood. They lie … They put their abortion mills on or near streets that are named after Martin Luther King, and they want to attach that to the civil rights movement of the 20th century—but it doesn’t belong.”