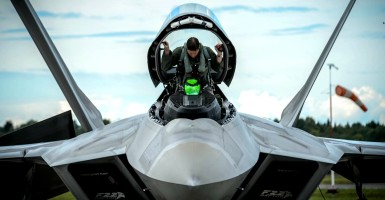 An F-22 Raptor pilot from the 95th Fighter Squadron based at Tyndall Air Force Base, Fla., gets situated in his aircraft prior to taking off from Ämari Air Base, Estonia, Sept. 4, 2015. (Photo: U.S. Air Force photo/Tech. Sgt. Ryan Crane) 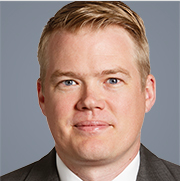 On Thursday the House (with the Senate shortly thereafter) will vote on the final version of the National Defense Authorization Act for Fiscal Year 2016. That’s a long name for the annual defense policy bill passed by Congress for 53 years in a row.

While many of the issues addressed by the bill are extremely technical or are just repeated year after year, this year’s NDAA has some major reforms that will affect the Pentagon, the military, and our national security.

It’s important to note that President Obama might veto the bill.

While the White House has issued multiple veto threats against this bill in the past (usually over issues like Guantanamo Bay or the A-10), this year, the budget fight increases the odds that the president will actually veto the bill.

Obama does not want defense spending increased unless non-defense discretionary spending is increased as well. Watching how congressional Democrats react to this bill might provide an indication of whether the president is serious about his veto threat.

Here are the eight important takeaways from the 2016 NDAA:

1. Increases the defense budget (but not enough).

The base budget for national defense has gone down 15 percent in real terms in the last four years while threats have dramatically increased.

This bill would increase the defense budget by just under 6 percent in real terms, but it relies on a budget gimmick to do so. While the increase for national security is good, it should be increased much more. One Heritage expert argued for a 10-percent increase in defense spending so that the Army can stop cutting soldiers and the Navy can start growing again.

The bill changes the military retirement system for new service members starting in 2018 while allowing current service members and retirees to maintain their existing benefits. The new system reduces the pension benefits received after 20 years of service but adds a government-matched 401k program for all service members.

This is a major new benefit for the 83 percent of enlisted service members who do not receive any military contribution to their retirement.

3. It mandates cuts to overgrown Department of Defense bureaucracies.

The bill contains a number of significant changes to the defense acquisition system, eliminating red tape and needless reporting requirements while improving accountability and decision-making. There is much more to be done on acquisition reform, but the bill makes important changes.

The bill increases funding to improve and repair our nuclear weapons infrastructure while developing safer and more flexible options for the future.

The bill provides $300 million for aid to Ukraine, including $50 million in lethal defensive aid to the Ukrainian military. It also authorizes funds for the European Reassurance Initiative and directs the DOD to develop a strategy to counter Russia’s unconventional warfare efforts.

The House prevailed with language prohibiting the transfer of detainees from Guantanamo Bay.

The bill adds funding for the A-10 Warthog and prohibits its retirement.