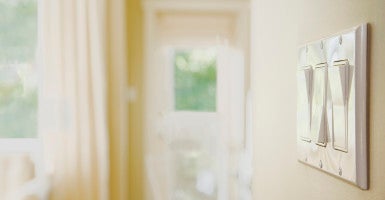 With the pope visiting America, the Obama administration has been adamant in pushing the message that climate change will hit the poor the hardest. They’re omitting one small but critical word, though. It’s climate change policies that will hurt the most vulnerable citizens. And not just in the United States, but around the world.

In the U.S., the federal government is embarking on a troubling regulatory path—one that will drive up energy costs for families and businesses, drive out employment opportunities, and have a minuscule impact, if any, on the global climate system.

When their costs rise from heavy-handed regulation, it takes away opportunities to put food on the table or provide basic health care. According to a 2011 National Energy Assistance Directors poll of low-income families, 24 percent went without food for a day, and 37 percent forwent medical and dental coverage to pay for higher energy bills. Nearly 1 in 5 had a family member become sick because their home was too cold. The real-world implications of regulations that increase energy costs are nothing to scoff at or dismiss.

Keep in mind, the federal government’s carbon dioxide regulations have nothing to do with reducing pollution or addressing a health concern. Carbon dioxide is a colorless, odorless, non-toxic gas. The Clean Power Plan is predicated solely on carbon dioxide’s alleged impact on the climate.

In fact, the name “Clean Power Plan” is misleading in and of itself. America’s power plants are largely clean of the pollutants that we know have adverse health effects.

What makes the economic pain more difficult to swallow is that the benefit derived from these regulations is almost too small to even measure. According to climatologist Paul Knappenberger, the Clean Power Plan will mitigate only 0.018 degrees Celsius of warming over the next 85 years. Even the head of the Environmental Protection Agency, Gina McCarthy, has admitted that unilateral action will do very little to impact climate change.

McCarthy urges the U.S. to be a leader. But including 100-percent carbon dioxide emissions cuts from the entire industrialized world would avert warming by merely 0.278 degree Celsius by the turn of the century. The U.S. can and should be a leader, but not in making people poorer with regulations devoid of any meaningful environmental benefit.

In many respects, the U.S. has shown how it can be a leader in providing affordable, reliable energy and eliminating energy poverty. When countries have open access to resources, private property rights, and opportunities for domestic and foreign investment, innovative technologies and entrepreneurial minds will help meet the world’s energy needs. And because energy is a key building block to any economy, new opportunities, increased standard of living, and improved health will be the result.

No matter the energy technology or source (renewable, nuclear, or conventional), the world can best meet energy needs through free markets. Policies that operate from the four pillars of economic freedom—rule of law, limited government, regulatory efficiency, and open markets—do more than stimulate economic growth and innovation. They expand access to energy and improve the environment.

There are ranges of energy poverty across the earth. In America, low-income minority families are struggling to make ends meet. Around the world, 1.3 billion people are without dependable power. More than 2.5 billion people use animal waste, leaves, wood, and charcoal to cook their food and heat their homes.

It’s time to clear the air. If policymakers want to lift their citizens out of energy poverty and into overall higher levels of prosperity, they need to root their policy prescriptions in economic liberty.

Originally published in the Bradenton Herald.