16 Photos of the Refugees Stranded in Hungary Amid Migrant Crisis

Thousands of migrants from Middle Eastern countries, including Syria, Iraq, and Afghanistan, have fled to Europe. As European countries grapple with the situation, Hungary has become the epicenter of the crisis, with many on trains or at train stations. Many of the migrants have resisted going to a refugee camp. 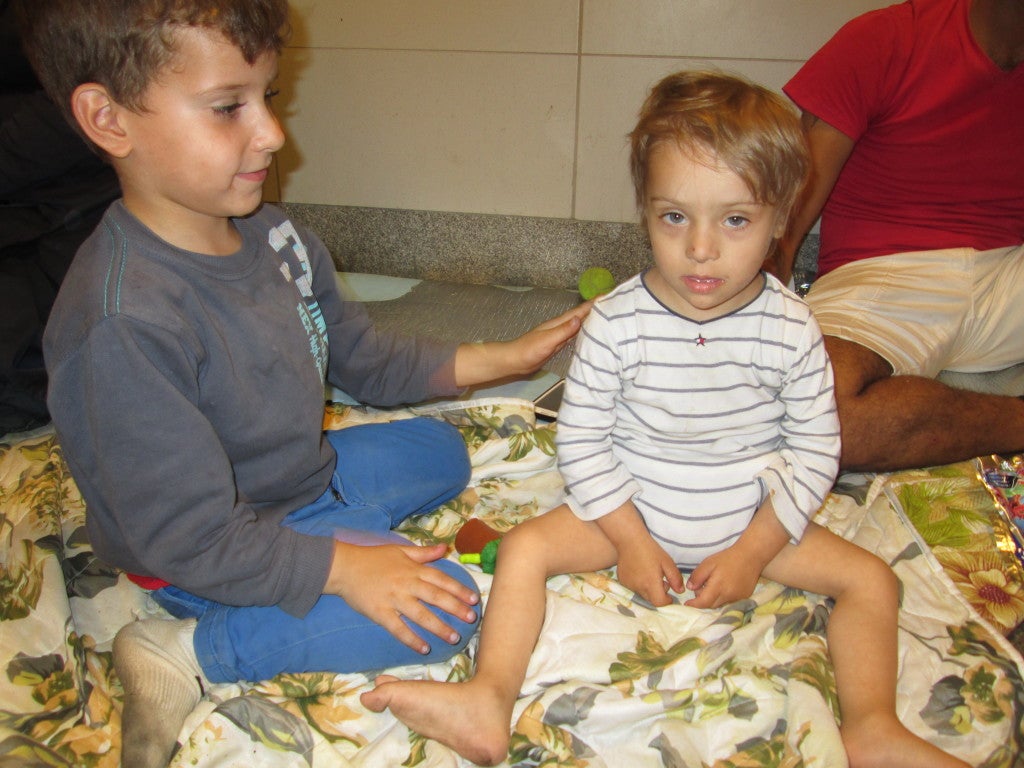 Three-year-old Hadi and his 6-year-old brother sit on a wool blanket at the train station in Budapest, Hungary, Sept. 2. Their family hopes to get the opportunity to travel to relatives in Sweden. (Photo: Kathrin Lauer/Newscom) 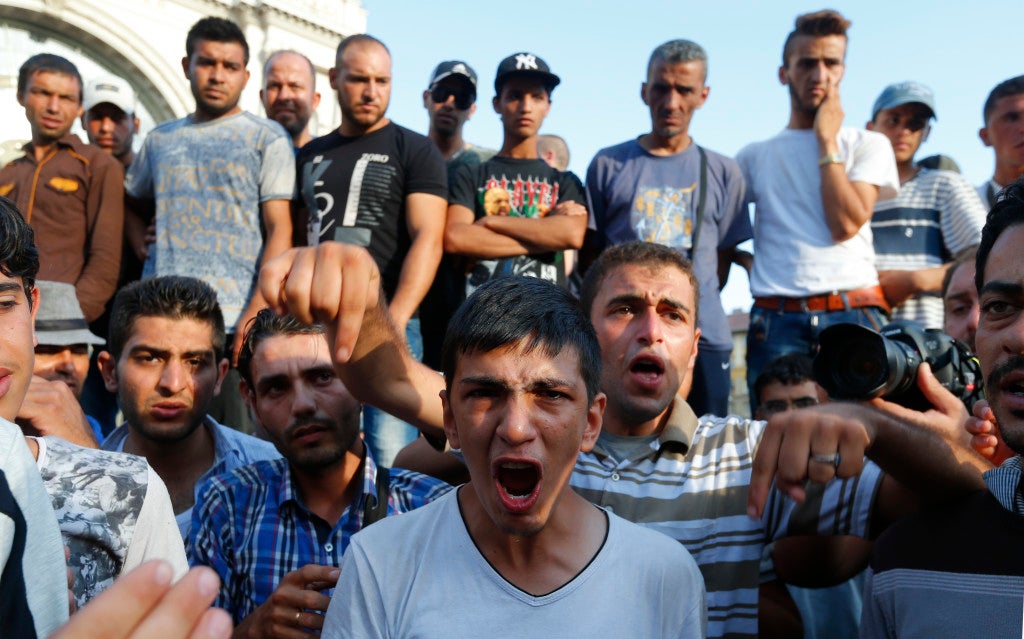 Amam, a 17-year-old refugee from the Syrian town of Latakia, shouts after his sister and mother who were detained by Hungarian police outside the railways station in Budapest. (Photo: Laszlo Balogh/Reuters/Newscom) 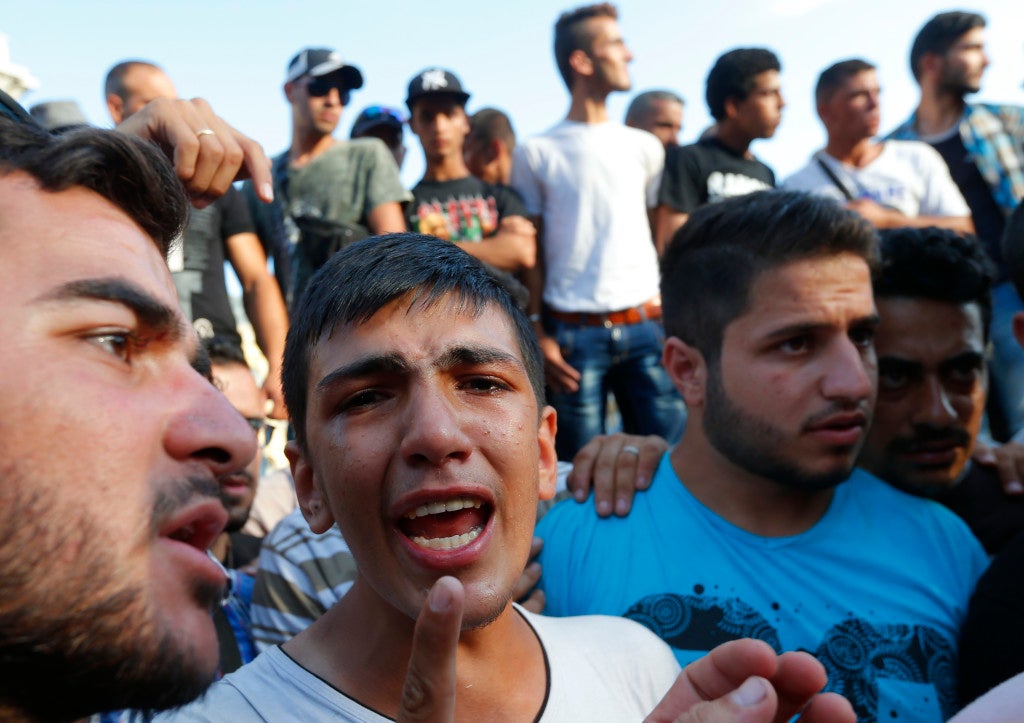 Amam is one of hundreds of migrants who protested in front of Budapest’s Keleti Railway Terminus for a second straight day on Wednesday, shouting “freedom, freedom!” — demanding to be let onto trains bound for Germany. (Photo: Laszlo Balogh/Reuters/Newscom) 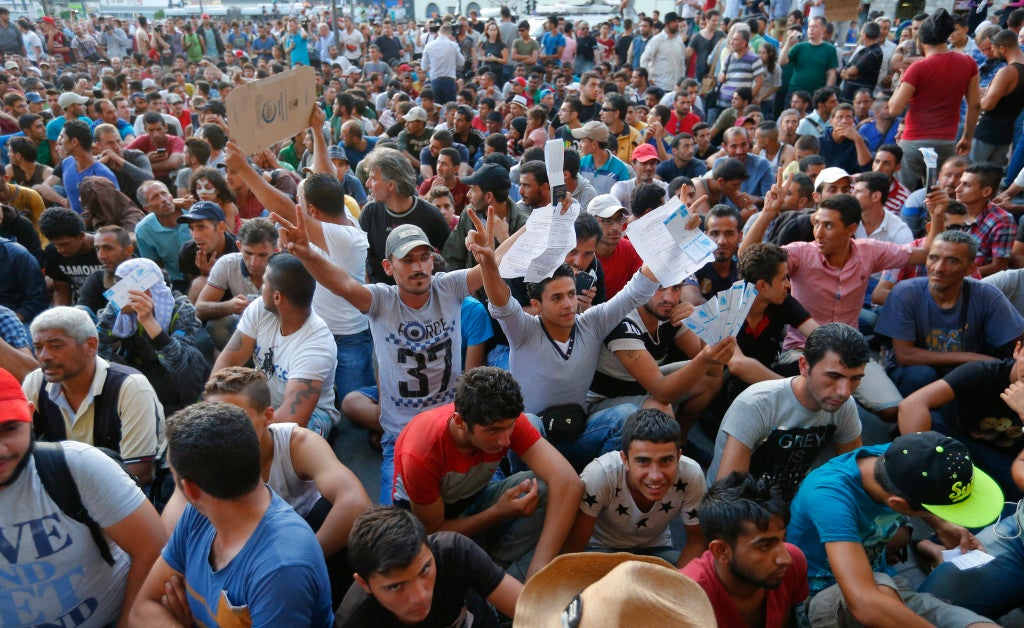 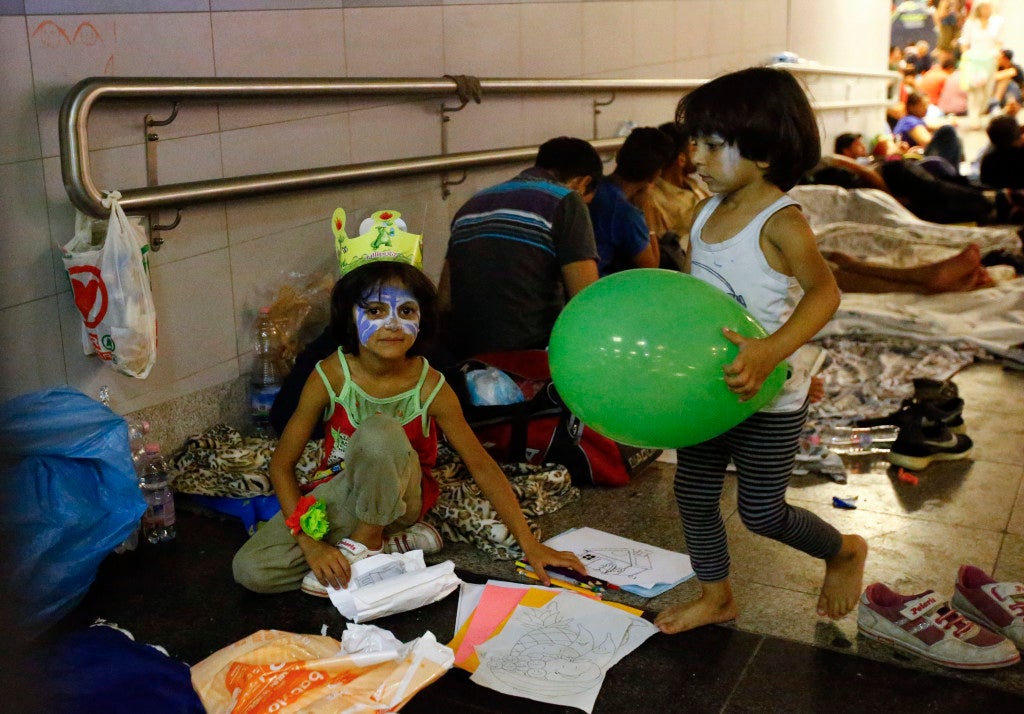 Children play at a makeshift camp in an underground station near the Keleti train station. (Photo: Reuters/Leonhard Foeger/Newscom) 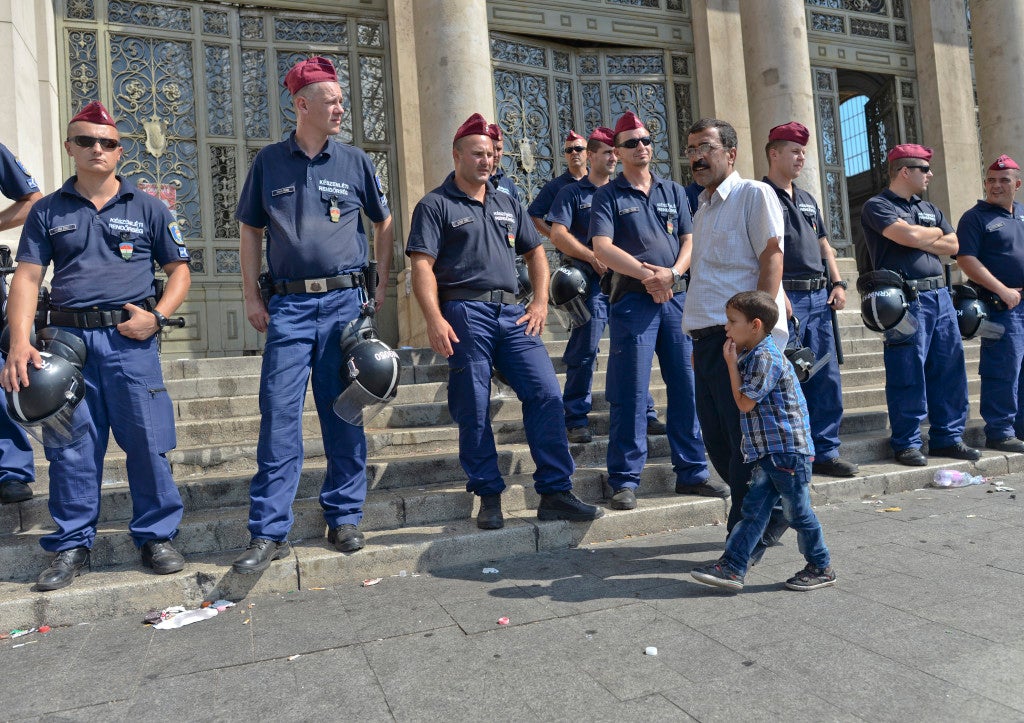 Morning outside the train station for the second day. (Photo: Artur Widak/Sipa USA/Newscom) 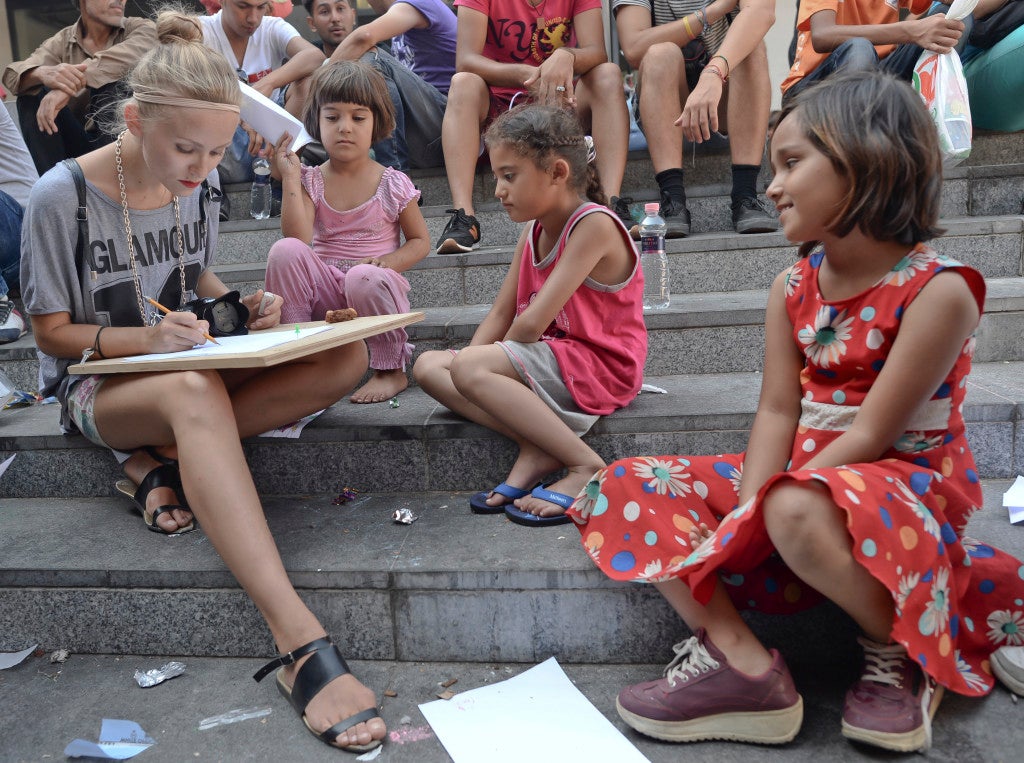 A volunteer worker entertains refugee children outside the train station while they wait in limbo with their families. (Photo: Artur Widak/Sipa USA/Newscom) 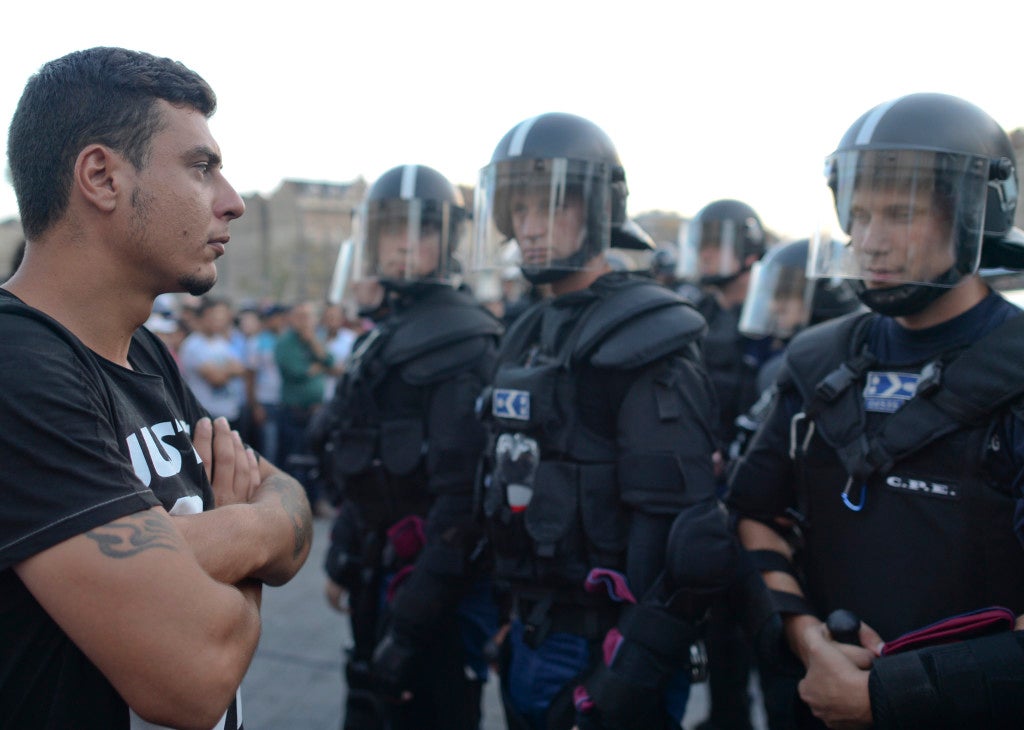 Hungarian police outside the train station block the refugees from boarding trains to other European countries. (Photo: Artur Widak/Sipa USA/Newscom) 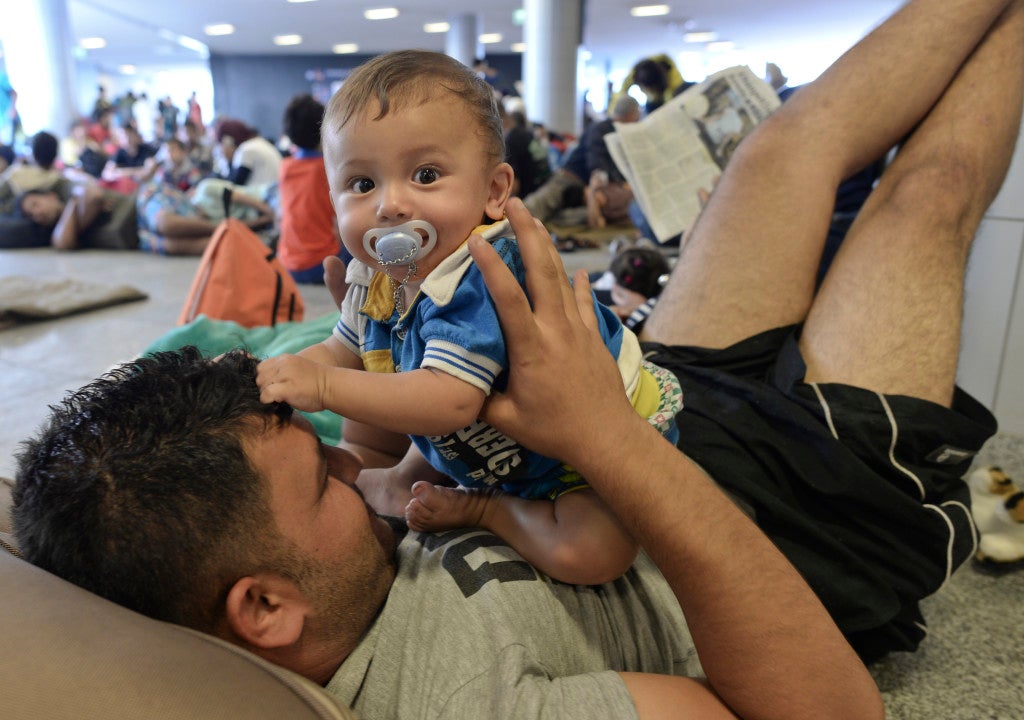 Migrants of all ages camp outside and inside the train station facilities waiting for access to travel. (Photo: Artur Widak/Sipa USA/Newscom) 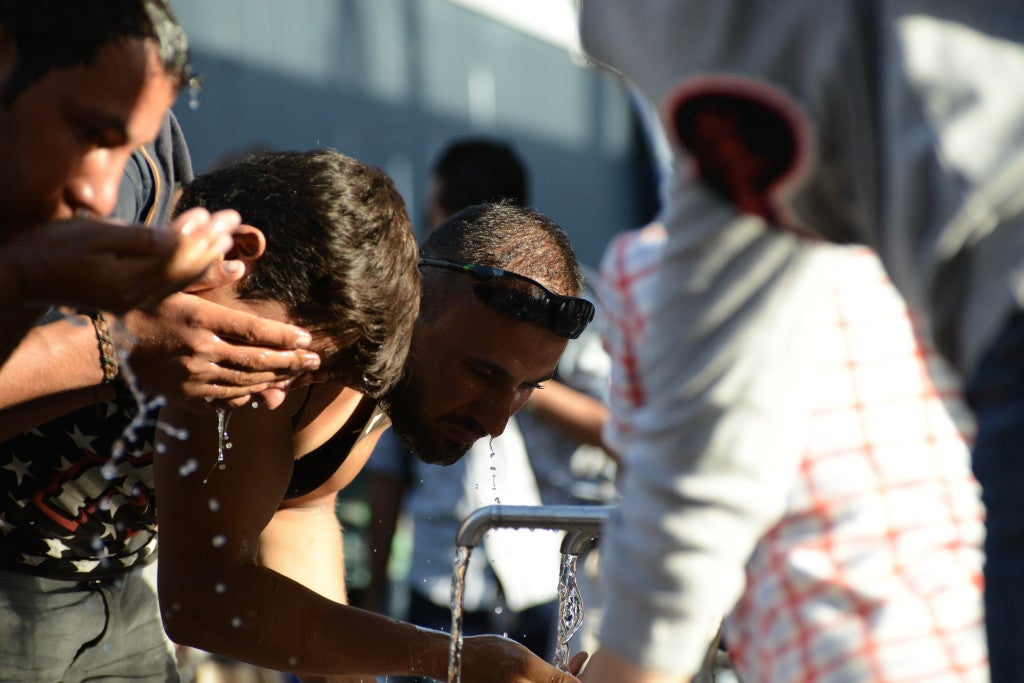 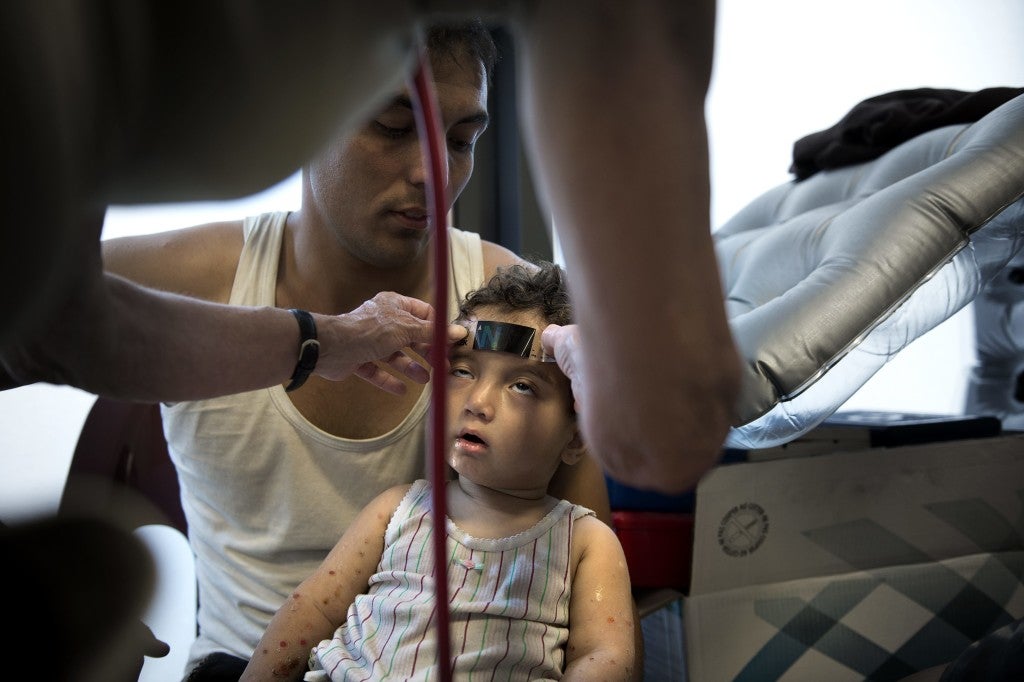 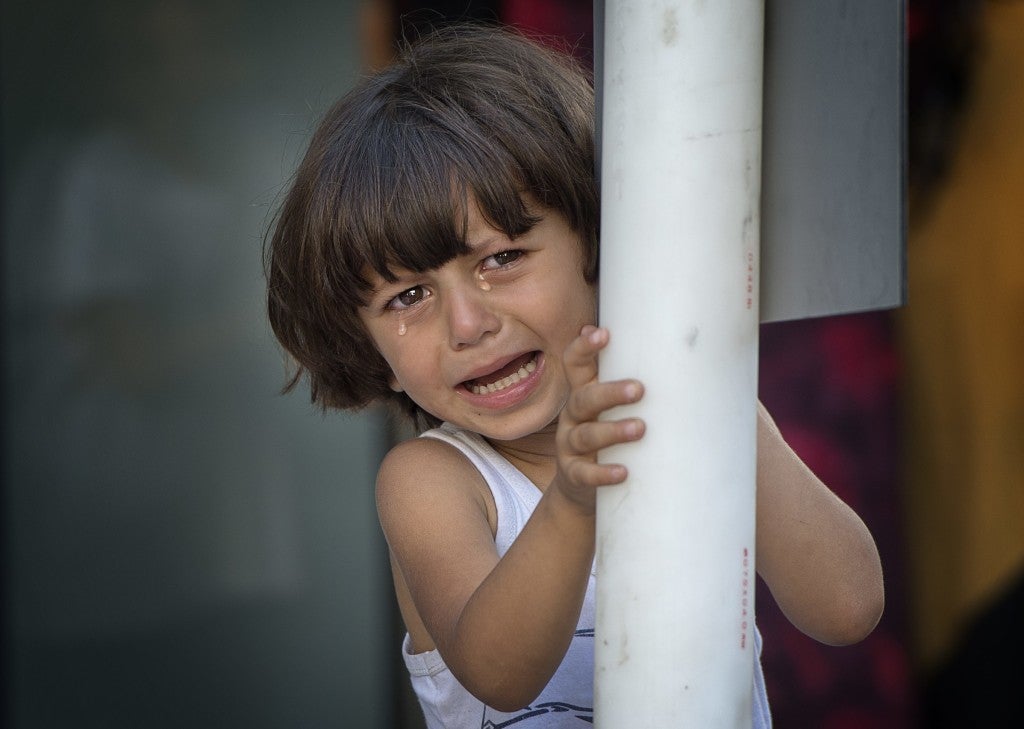 By early Wednesday, the number of refugees stranded outside the station grew to 3,000. (Photo: Newscom)

#hungary “stuck” train. Sleeping where they can even in the overhead luggage compartment… pic.twitter.com/b77XxkLuJI — Arwa Damon (@arwaCNN) September 3, 2015