The Feminist War on Family Science 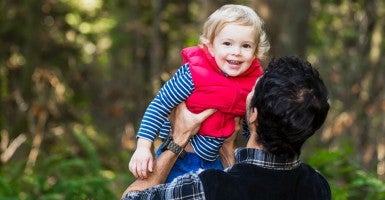 Few social science findings are as durable, consistent, and striking as the idea that children fare better when under the care of two biological parents (on a whole slew of indicators).

This is as close to a law of gravity as we have in sociology.

Unfortunately, there are a slew of scholars who have ignored the science, and instead argue that sociology cannot prove that children fare better with parents who are traditionally married.

The effect of this feminist war on family science—waged by Martha Fineman, Linda McClain, and Elizabeth Brake—has been staggering.

In order to defend such laws, they had to prove that the state’s discrimination served a “compelling state interest” on behalf of children.

Social science studies are, however, as I say, on the side of traditional marriage.

Those who helped design legal strategies and briefs on this topic thought that the courts were putting a gun to the head of traditional marriage and forcing it to come up with the goods.

We hoped we could, under these unfavorable conditions, still win the argument on the basis of evidence.

For such arguments to win the day, judges and justices have to be willing to listen to the data. There were reasons not to be optimistic that they would be open to persuasion.

As I say, few findings in social science are as well-established as the idea that children raised by two biological parents are better-educated, commit fewer crimes, have more self-control, and do better on almost every measure of well-being than children living with single parents, from divorces, living with step-parents, and so on.

Long term studies beginning in the 1970s have shown this to be true. The most significant data on this has been available since the late 1980s, with more and more data accumulating as the years proceed.

There was a cascade of studies and prominent books on the topic in 2000, and subsequent work has done nothing but buttress such findings.

I hesitate to mention any single individual on this topic, but Robert Rector, David Popenoe, and David Blankenhorn were crucial in the early stages of this project, while few have been as important as W. Bradford Wilcox in the latest stages.

Before these findings were dismissed in court, feminists and contemporary liberals confronted them and denigrated them.

The various arguments that these feminist “scholars” have made reveal an ideological blindness that is not open to reason and evidence.

Exhibit A is Martha Fineman, author of “The Autonomy Myth” and professor at Emory University.

She discredits research in several ways.

First, she claims there is a “feedback loop,” within which family decline literature should be dismissed.

“The results of only some studies (those supporting the family disintegration thesis) get publicized and aggressively made part of policy discourse through think tanks and advocates with access to media.”

Then, in the usual manner, she cites countervailing studies—studies that show that kids of divorce or products of single parents do just fine, thank you.

Or, to be more precise, these countervailing studies show that “association is not causation” or that the effects are difficult to state or that decline does not necessarily lead to such effects or that they demonstrate the problem of a spurious relationship or a selection bias.

This exhausts what I remember from methods classes.

One wonders if she would have had the same hesitancy if the results had pointed in the other direction!

This brings Fineman to her second point.

“Even if” the social science on the children is correct, the “analysis fails to consider, let alone add to the equation, the cost suffered by women (and ultimately the children they care for) if we deter divorce or punish single motherhood through establishing economic and normative disincentives.”

Actually, such questions have been addressed more than once, and the findings suggest that women too are better off in marriage than outside of it.

Fineman represents the “science is not settled” strategy: if all the studies agree, she denigrates them as part of a “feedback loop.”

She pounces on the difficulty of conducting experiments in a social setting. She searches, mostly in vain, for studies that point in the other direction

Exhibit B is Linda McClain, who published a very comprehensive book on family policy, “The Place of Families,” in 2006.

McClain puts “gendered” or traditional marriage in her crosshairs.

She claims that marital families should not be “the sole proxy for family forms that secure child well being” and that the traditional family promotes gender hierarchy, domestic violence, and male entitlement.

The harm to children seems to be a price McClain is willing to pay for greater female equality, understood as greater advances in an autonomous life for women.

Perhaps these harms can be minimized as we search for alternatives to the individualized, loving attention mothers and fathers pay their children.

What we need is high-quality, subsidized daycare and other public institutions that could replace the family. If these do not work, well, there is no back-up plan.

McClain affects not to trust the science.

If she did trust the science, she would dismiss it, recognizing that this question presents an ultimate clash of values between female autonomy and child well-being.

On that clash of values, she chooses the autonomous self with capacity.

Even if the science is settled, McClain, without blinders and in full realization of what she is doing, does not care.

Other “values,” including the rearing of self-governing children, are more important than child well-being.

Public institutions, it is hoped, may also arise to help us mitigate the damage.

Elizabeth Brake, author of “Minimizing Marriage” shows how the understanding of marriage at the heart of the same-sex movement cannot be cabined, and she welcomes a new, more minimal understanding of marriage that includes not only same-sex couples, but also a circumstance where “diverse care networks, urban tribes, best friends, quirkyalones, polyamorists,” and others can be accepted as marriage partners.

Brake is also brave in her recognition of social science data on family decline.

She concedes that if marriage is “‘for’ reproduction and child rearing … and traditional marriage were essential to child rearing, this could provide a justification for restrictive marriage laws.”

Now she does stack the deck a bit. “Essential to child rearing” is a high bar—one that I don’t think anyone seriously argues for. Brake backs away and adopts the language of “tends to” and “fosters.”

Can this be reasoned with? Perhaps.

Brake does think that “empirical findings of the benefits of marriage are mixed” and that the studies suffer from a “selection bias.” She mentions, as if on cue, that “correlation is not causation.”

(She mustn’t have gotten the memo on the feedback loop!)

Brake takes the science seriously in a sense. Her most serious problem with the social science as it exists is that it takes place in an environment of an almost tyrannical heterosexual, monogamous opinion.

Only if we conducted research in our world (the tyrannical one with very strong families, she thinks) and then conducted the same research in a world without a monogamous and “heterosexual privilege” could we make a judgment about the contributions of healthy marriage to the well-being of children.

Brake’s argument is that science can never really be settled, so society can run with the values it chooses to embrace.

The lesson from this confrontation is, I think, only reinforced by the experience of recent efforts to protect traditional marriage in the courts.

This is not an argument waged on the level of science.

It is a question of “values.”

To be sure, defenders of the traditional family must use the findings of science, but in addition, they must introduce a deeper argument of ideas.

Let us talk as much about the ideas as we talk about the science itself.