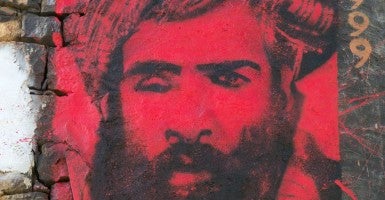 The Afghan government has reported that Taliban supreme leader Mullah Mohammed Omar died at a hospital in Pakistan two years ago. The Taliban has not yet officially confirmed the reports, but most evidence points to their veracity.

There had been growing speculation over the last several months that Omar was dead since he had not been seen or heard from on video or audio recording for several years. Speculation about Omar’s death had already led to defections from Taliban ranks to ISIS, which is seeking to gain a foothold in Afghanistan.

If the news is confirmed, it will cause further disarray within the Taliban movement and lead to more defections to ISIS.

Terrorist groups in other parts of the world affiliated with al-Qaeda could also decide to switch their loyalties to ISIS leader Abu Bakr al-Baghdadi. Al-Qaeda leader Ayman al-Zawahiri had late last year reaffirmed his allegiance to Mullah Omar. Without Omar, there will be questions about Zawahiri’s spiritual authority over the organization.

But just as the death of Osama bin Laden didn’t mean the end of al-Qaeda, it’s important not to mistake the same for the Taliban. The Taliban will continue to pose a formidable threat in Afghanistan.

They have been conducting a major offensive in all parts of the country over the last several months and nearly overran the northern city of Kunduz in April.

The news of Omar’s death could eventually facilitate peace talks between the Taliban and the Afghan government, however. The first round of official talks was held in Muree, Pakistan, on July 7, and the second round was scheduled for this Friday.

The talks were viewed as a first step by Pakistan to meet Afghan government demands for Islamabad to use its influence with the Taliban leadership to facilitate Afghan reconciliation.