Boeing CEO: We Won’t Be Hurt in Short-Term By Death of Ex-Im Bank 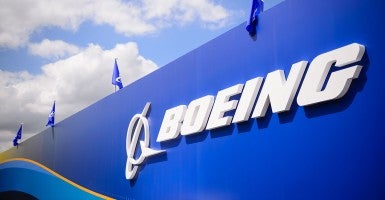 Boeing’s new chief executive officer says the company should be able to survive in the short term even without the services of the Export-Import Bank.

In June, Congress let the bank’s charter expire, ending a source of taxpayer-backed loans and loan guarantees to foreign countries and companies for the purchase of U.S. products.

Supporters are trying to bring the bank back to life.

During a second-quarter earnings conference call, Boeing’s CEO Dennis Muilenburg said the expiration of the bank’s charter does not create “near-term financial risk” for the company, citing a “sound” credit market through the availability of other “commercial credit sources.”

Opponents have criticized the bank as corporate welfare for using taxpayer-backed subsidies.

Ex-Im’s supporters have responded with a heavily funded lobbying effort to reauthorize the bank.

A recent report showed that Ex-Im supporters nearly “tripled their lobbying efforts” from the previous quarter.

Muilenburg said he is optimistic that Congress will reauthorize the bank, with the possibility of including it with a transportation bill currently before the Senate.

“We know [the Export-Import Bank] has the attention of the House and Senate right now,” said Muilenburg. “This is about long-term global competitiveness.”

>>>How a Transportation Bill Could Revive the Export-Import Bank