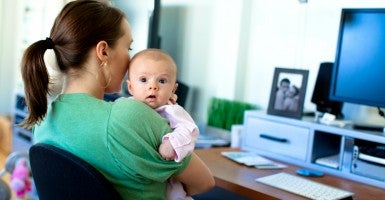 New Labor Department regulations will soon require employers to pay overtime to many salaried workers. The administration bills this as a way to raise wages; opponents argue it will kill jobs. One thing is certain: The change will kill flexible schedules for entry- and mid-level salaried employees.

Federal law requires employers to pay overtime rates to hourly workers who work more than 40 hours a week. However, employers can pay many executive, administrative and professional employees a flat salary. Those workers get paid to do a particular job, not work particular hours.

The Department of Labor will soon narrow the exemption for salaried workers. Reports indicate the Department plans to require overtime for any salaried employee making less than $45,000 to $52,000 a year. The administration has not yet announced the final number.

The White House and unions supporting the change portray it as a way to raise wages. As Bill Samuel, director of legislative affairs for the AFL-CIO, put it, “The minimum wage they can’t do. This is probably the most significant step they can take to raise wages for millions of workers.”

Opponents of the regulations warn this would have a “job killing effect,” or at least a hollowing out of mid-level positions as employers replace hours lost by newly covered employees with lower wage or part-time new hires.

The most likely outcome, however, may be less dramatic but equally negative. Economists have studied how businesses respond to overtime requirements. They find that overtime doesn’t affect workers’ total pay or hours much. Instead, businesses offset new overtime costs with lower base wages. One recent study found that workers pay for 80 percent of overtime costs through such base wage cuts.

Even liberal economists recognize this. Jared Bernstein, former chief economist to Vice President Joe Biden, wrote in favor of the overtime rules last year. He explained that he didn’t worry about job losses because “[t]he costs of increased coverage would ultimately be borne by workers as employers set base wages taking expected overtime pay into account. Thus, we do not expect this change to reduce employment or hours worked.”

On this Bernstein is right. A worker who makes $45,000 a year and 45 hours a week without overtime will still work about those hours and make about that much under these regulations.

Unfortunately, the overtime regulations will have a major unintended side effect: They will force entry- and mid-level salaried employees to track their hours.

Many salaried employees can work remotely. This flexibility helps them juggle their professional and personal lives. They can, for example, leave early in the afternoon to be with their children, then finish their work in the evening when their children have gone to sleep. Their employer only cares about the job getting done.

Now their employer will have to care about when they do their work. The law will require employers to track salaried employees’ phone calls made off-site, hours put into reports edited from home, and time put into writing emails remotely. If they don’t, they will risk lawsuits. The 16 to 25 million Americans who telecommute at least once a month will face particular challenges.

Many businesses will respond by curtailing flexible work arrangements. They will force salaried employees below the threshold to do all work in the office, whether or not they would prefer to work remotely. As the head of human resources for Pitney Bowes explained to reporters, the company denied overtime-eligible employees requests to work from home because: “You just don’t take the [legal] risk.”

Ironically, regulations billed as helping workers will instead make it more difficult to do their jobs.