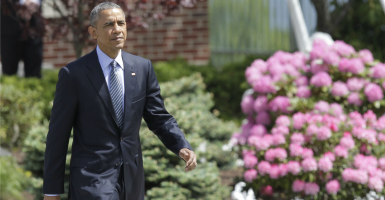 A push by President Obama to earn fast-track authority to negotiate trade deals has conservatives using words like “odd” and “awkward” as they weigh their usual support for free markets with giving power to a president they distrust.

“It’s difficult to support trade freedom when you have a president who is not a champion of trade,” said Terry Miller, director of the Heritage Foundation’s Center for Trade and Economics. “It’s an extremely awkward position. It’s a very odd moment in the history of this issue.”

The Senate is expected this week to pass the Trade Promotion Authority legislation—which would give the president the ability to more quickly enact a 12-nation agreement known as the Trans-Pacific Partnership, leaving Congress with the power to vote up or down on the deal but with no ability to amend it.

However, Obama will find a tougher battle in the House, where normal legislative coalitions are especially scrambled.

Fewer than 20 Democratic House members have publicly supported the trade authority bill—even after an unusually aggressive lobbying push by Obama. Republicans predict Obama must get 30 votes from Democrats—meaning he would need support from about 190 GOP members.

But on Wednesday afternoon, a panel of House conservatives mostly signaled they would oppose giving the president Trade Promotion Authority—even though they ideologically support trade.

“Trade is hugely important,” says Rep. Dave Brat, R-Va. “The move toward free markets [in China and India] has lifted 2.5 billion people out of poverty. That’s what we want to achieve. Everyone on this panel cares about every single person on this planet. But we just got done going through a major trust issue with President Obama’s unconstitutional amnesty.”

@DaveBrat won’t give Obama Trade Promotion Authority unless the president “gets rid of unconstitutional amnesty.”

“So I am leaning heavy no [on the bill] because I don’t think we are taking into account these institutional concerns—the relationship between the executive branch and Congress,” he concluded.

Though some Republicans won’t put aside their displeasure with Obama (Brat said he would only vote for Trade Promotion Authority if Obama “gets rid of unconstitutional amnesty”) to support the bill, others are more pragmatic.

Rep. Charlie Dent, R-Pa., acknowledges the challenge of helping Obama, but says that doing so will also assist future presidents.

“One of the challenges is that we agree with the president on this issue,” said Dent in an interview with The Daily Signal. “He is embracing principles that we wholeheartedly embrace.

“One of the challenges is that we agree with the president on this issue,” says @RepCharlieDent.

I am happy the president had an epiphany on trade agreements, because it’s going to be very difficult for him to undo six years of rhetoric speaking against free markets.”

“But my answer to everyone is this is not as much about Obama as it is the next president,” Dent added. “The next president will need this authority. It’s about the country and improving the economy.”

Some conservative opponents to Trade Promotion Authority expressed concerns about a Democratic push to include an amendment that reauthorizes the Trade Adjustment Assistance program. That program pays and trains workers who can prove they lost their jobs to foreign competition, but opponents argue it is costly and ineffective.

“I hope I can vote for it,” Lummis said. “The U.S. is capable of marketing products where we want that are second to none. The opportunities are stupendous if we would open these markets to American business.”

Supporters of Trade Promotion Authority contend that without it, countries participating in the Trans-Pacific Partnership—which would link 40 percent of the world’s economy, including Japan, Australia, Canada and Mexico—would be hesitant to make their best offer knowing Congress could amend it.

Dent says Obama should sharpen his sales pitch—particularly with Democrats—if he is to obtain the power over trade he covets.

“I don’t believe this will pass the House right now and we will need a heavier effort from the president to get there,” Dent said.

“It seems like he’s started to do the hard work of getting the support necessary—honestly I don’t think he’s very good at it—it’s not his style. But it’s not just giving speeches. That’s not how it works in Congress.”