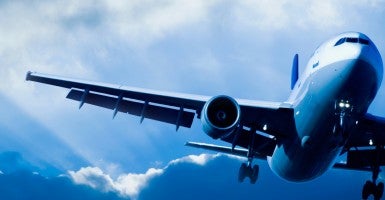 Legislation introduced by a freshman congresswoman would ban lawmakers from using taxpayer funds for first-class flights and personal car leases.

“Nine months ago, I pledged I would work to end wasteful Congressional perks. Today, I’m following through on that promise,” Graham said. “It’s a common sense idea that Republicans and Democrats can both agree on: members of Congress shouldn’t be able to charge taxpayers for first-class airfare or long-term personal car leases.”

According to her statement, the legislation would also ban the use of taxpayer funds for personal car leases, some of which are “as high as $825 a month.”

“I don’t know anyone in North Florida with an $800 car lease, and the taxpayers here certainly shouldn’t be paying for a member of Congress to have such an overpriced perk,” Graham added.

She estimates that her legislation could save taxpayers millions of dollars.

Rep. Rod Blum, R-Iowa, is the cosponsor of the bill.

“This is not a partisan issue,” Blum said in a statement. “Members of Congress don’t need taxpayer funded perks like first class travel and long term car leases to do their job. America’s founders never intended for public servants to live a life of luxury paid for by everyday Americans. That’s why I’ve made it a high priority to back legislation which reforms Congress and ensures good stewardship of U.S. taxpayer dollars.”

Romina Boccia, the Grover M. Hermann fellow in federal budgetary affairs at The Heritage Foundation, supports the measure as an appropriate way to reduce government waste.

“With a more than half a trillion dollar deficit for just this year, and a national debt that exceeds $18.1 trillion, it is imperative that Congress eliminate waste wherever possible,” Boccia said.

“Banning lawmakers from flying first class on taxpayer funds is a commonsense way to reduce government waste, and proposals like this one help establish the moral authority for lawmakers to modernize outdated, but popular, entitlement programs like Medicare, Medicaid, and Social Security.”

Here’s what Graham and Blum had to say about their legislation on Twitter:

Nine months ago, I pledged to work to end wasteful perks. Today, I’m following through on that promise. #sayfie https://t.co/7X0SChyFIU

I don’t know anyone in North Florida w/ an $800 car lease & taxpayers shouldn’t pay for any congressman to have such a overpriced perk.