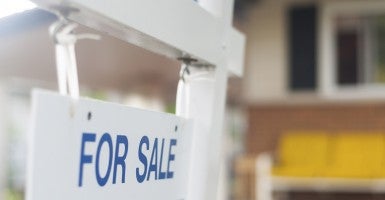 In an attempt to spur the stagnant first-time home buyer market, the FHA has moved to reduce the standard fee they charge for risk on the loans they insure.

The FHA does not issue home loans, but it insures the loans that FHA-approved lenders make to homebuyers. If you receive a mortgage from a bank, it may be insured by the FHA, meaning that if you default, they will pay the bank some (or in some cases, nearly all) of the losses.

There is some attempt to price the risk involved in its single-family mortgage insurance practice, as the FHA has established a structure of interest rates and premium fees that generally correlate with other eligibility requirements it sets on loans.

However, the FHA has a historical record of lower underwriting standards compared to other players in the housing market. In other words, their standards for who should qualify for mortgages is generally less stringent than others’ standards.

This in no small part reflects its focus on so-called “affordable” housing, that is, increasing home-buying by individuals with weaker credit and income history as well as individuals with lower levels of initial collateral to apply against the home loan (that is, a down payment). (American Enterprise Institute scholar Edward Pinto illustrates these trends well here.)

The FHA has attempted to capture more influence in the mortgage finance system in the following ways:

Why does any of this matter? First, the FHA puts the taxpayer in the business of insuring home loans. Should defaults occur, taxpayers could ultimately be on the hook for bailing out lenders. Second, the use of the term “affordable” is misleading, especially when it comes to home mortgages.

Advocates of these loans tend to focus on very specific features of loans—like lower monthly payments on longer-term loans and increased access to loans for “underserved” groups. These same advocates, however, generally understate (or avoid mentioning) the higher cost of these loans at longer term structures and the damaging cost of default for those with poor ability to properly service their loan payment over time.

It is destructive when these government credit allocation programs push financially vulnerable individuals into loans they cannot safely finance over time despite any of the best intentions of politicians and well-meaning bureaucrats. There is plenty of history of this type of behavior.

Even in non high-cost areas of the country, home mortgage loans are substantial debt obligations. Thus, in the event of a failed home loan, the costs are damaging to both taxpayers and homeowners.

All told, the FHA is clearly moving in the wrong direction by reducing the fees it charges for higher risk profiles on home loan insurance.