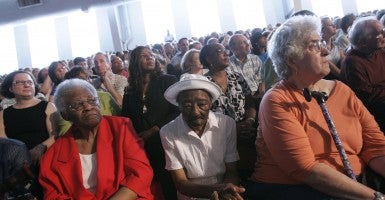 Because enrollment has so dramatically exceeded Kasich administration estimates—the governor expected 366,00 to enroll by July 2015—the Obamacare money appropriated to pay for program benefits will be exhausted months early.

If recent enrollment and cost trends persist, Kasich’s Obamacare expansion will be more than $1 billion over budget by the time Ohio’s 2015 fiscal year ends on June 30. Actual Obamacare expansion claim expenditures reported by the Ohio Department of Medicaid are shown in the chart below. In 2013, after the Republican governor unilaterally expanded Medicaid to able-bodied, working-age adults with no dependent children, his Medicaid director asked the Ohio Controlling Board to accept Obamacare funds for the expansion. Board members were warned the state Medicaid program would go bankrupt if they refused.

Led by a Kasich appointee, the quasi-legislative panel approved the Ohio Department of Medicaid’s request  to appropriate $2.56 billion for Kasich’s Obamacare expansion. The new federal spending was meant to cover benefit costs from Jan. 1, 2014, through June 30, 2015.

Based on Ohio Department of Medicaid expenditure reports, the state paid out $2.12 billion in Obamacare expansion claims from January through December of 2014. With enrollment racing farther ahead of state projections each month, monthly spending increased sharply throughout the year. Benefit payments for Kasich’s Obamacare expansion cost taxpayers $301 million in December, $288 million in November and $290 million in October. Program expenditures averaged $266 million per month for the first six months of the 2015 fiscal year.

Unless Kasich’s Obamacare expansion abruptly breaks from a year-long trend, appropriated funding for the program will run out within the next month. The governor’s Office of Health Transformation did not immediately respond to questions about how this might be addressed.

The federal government is currently paying 100 percent of benefit costs, but Ohio will be on the hook for 10 percent by 2020. With the national debt exceeding $18 trillion and Republicans in control of Congress, federal matching funds for the Obamacare expansion are likely to be cut sooner.