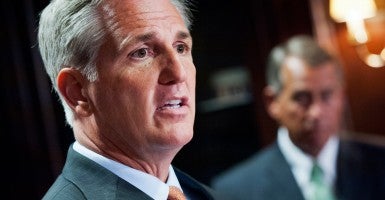 House Republicans will vote on far-reaching legislation to fund the Department of Homeland Security through September and undo President Obama’s executive actions on immigration.

After considering several proposals, the agreement favored by House leaders would prevent Obama from implementing his recent executive actions to defer deportation for up to 5 million immigrants living in the United States illegally and granting them work permits.

The legislation also would bar Obama from taking similar independent action in the future.

In a move that surprised some Republicans, the legislation would strip protections provided to “Dreamers” under Obama’s 2012 Deferred Action for Childhood Arrivals. The policy benefits young people whose parents brought them to the United States illegally when they were children.

“If the GOP is serious about winning the fight in the Senate, we’ll begin to see pressure mount on red state Senate Democrats,” says @DanHoller

The Republican plan also limits the impact of the Obama administration’s 2011 “Morton memos,” which prioritize the enforcement of immigration laws to a subset of illegal immigrants who have been convicted of crimes.

And it restores the “Secure Communities” enforcement program that Obama ended with his executive actions, while also forcing state and local officials to comply with so-called ICE detainers, in which Immigration and Customs Enforcement asks local law enforcement agencies to keep immigrants in custody, even if they would “otherwise be released.”

The underlying Homeland Security spending bill does not yet include language limiting Obama’s immigration initiatives, but Republicans say those provisions will be added via amendments.

Republicans approved a deal in December that funded the Homeland Security department until Feb. 27, punting a longer-term agreement until early this year so that a GOP-controlled Congress could tie the spending to Obama’s immigration actions. 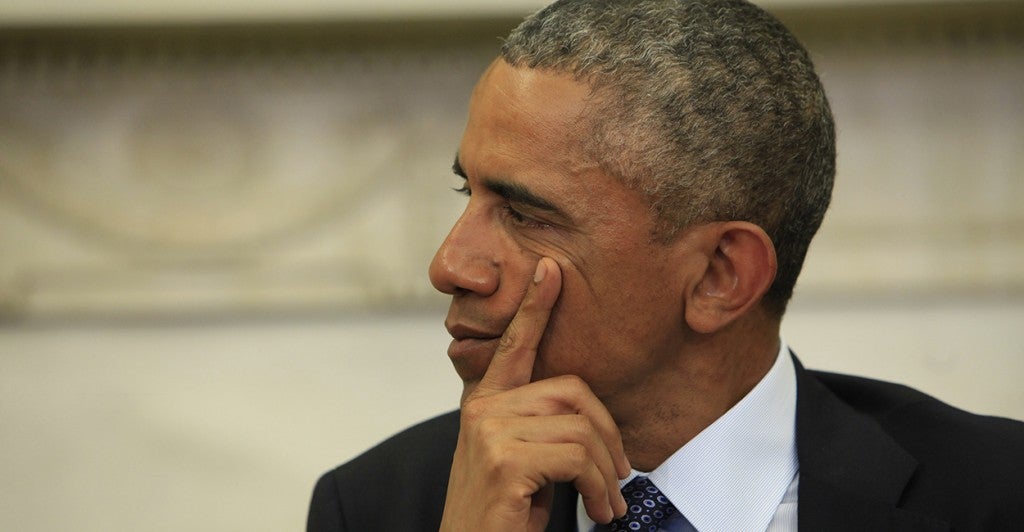 Politico and the New York Times, among others, are reporting that the House bill is unlikely to pass the Senate, where the Republican majority will need at least a half-dozen Senate Democrats to advance legislation.

“If the GOP is serious about winning the fight in the Senate, we’ll begin to see pressure mount on red state Senate Democrats,” said Dan Holler, communications director of Heritage Action for America. “Conservatives will be looking to see if party-affiliated groups like the NRSC and the Rove-type groups put some muscle into the effort to stop Obama’s amnesty.”

Pro-immigration groups, on the other hand, argue that Republicans are misguided to prioritize undoing Obama’s executive actions as one of its first projects of the new Congress.

“It is outrageous and it is noteworthy that the House leadership has embraced the most extreme proposals from the most extreme members of their caucus,” Frank Sharry, executive director of America’s Voice, an immigration advocacy organization, told the New York Times. “It is nothing short of breathtaking that this is their first move coming out of the box in 2015 when they get the reigns of power.”

Republicans, however, hope to put the president in a difficult position, trying to frame the debate to say that Obama would be responsible for a shutdown of the Homeland Security department if he were to veto the legislation.