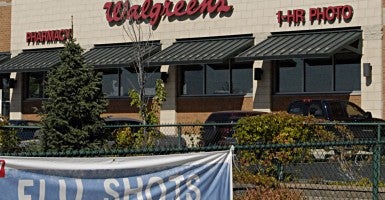 When a wave of inversions hit earlier this year, there were a variety of Congressional proposals to stop them. They were mostly feckless because none of them fixed the root of the problem, which is our broken corporate tax system.

Inversions occur when a U.S. business merges with a foreign business and moves the combined company’s headquarters to the foreign part of the business’s home country. Inverting makes sense after a merger because the U.S. corporate tax rate is the highest in the world and we are the only country that effectively taxes our businesses on their foreign income. It would make no sense for a newly merged business to willing subject itself to that uncompetitive system.

One of the proposals would have prevented businesses that inverted from receiving government contracts. Congress never voted on it, but the threat of it likely stopped Walgreens from inverting. I wrote at the time:

This is a vindictive measure. It would only punish businesses for doing something of which Congress disapproves. Businesses that invert are not breaking any laws.

From a business and economic standpoint, [denying government contracts to inverted businesses] would have a negligible impact on inversions. However, the discussion of such a policy had a chilling effect on Walgreens’ plan to invert. The pharmacy chain had planned an inversion with Alliance Boots, a Swiss pharmacy company of which Walgreens previously purchased a significant share, before some lawmakers put substantial political pressure on Walgreens by suggesting it could lose business it currently enjoys through the Medicare and Medicaid programs. Other businesses that look to invert will likely have less business with the federal government.

Nothing has changed. Denying government contracts to inverted businesses would be vindictive and unfair.

SEC. 733. (a) IN GENERAL.—None of the funds appropriated or otherwise made available by this or any other Act may be used for any Federal Government contract with any foreign incorporated entity which is treated as an inverted domestic corporation under section 835(b) of the Homeland Security Act of 2002 (6 U.S.C. 395(b)) or any subsidiary of such an entity.

Rather than fix the cause of inversions, Congress is choosing to make it more difficult for businesses with government contracts to invert. But the bigger problem still remains and the economy continues to lose out on jobs and wage growth because of it.