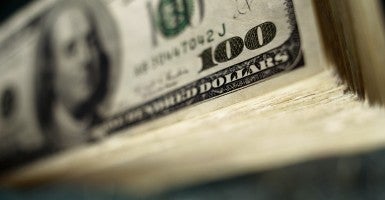 The city of Sunrise is back in the headlines. Last year, city officials caught flack for luring criminals from around the country into the Florida community just to seize their cash and cars under civil forfeiture laws.

Now, the city’s forfeiture program has earned it a rebuke from the federal government.

In an audit of the city’s participation in the federal “equitable sharing” program, the Department of Justice inspector general found that the Sunrise Police Department was keeping shoddy records, violating its own internal procedures and perhaps even enacting sweetheart deals with a local law firm to get around federal rules governing how forfeiture dollars are spent.

Civil forfeiture—the law enforcement tool that allows police to seize personal property without a criminal indictment—has been in the news a lot lately. Less talked about is the federal-state crossover program known as “equitable sharing,” where a local police department can seize assets it believes are involved in a crime, then transfer the case to the federal government in exchange for up to 80 percent of the proceeds.

The program has been strongly criticized for incentivizing local law enforcement officials to circumvent their own, perhaps more restrictive, state laws when equitable sharing presents a more lucrative alternative. Last week, the D.C. City Council voted unanimously to bar its police force from taking part in the program for just that reason.

Participation in the equitable sharing program does come with some strings attached. State and local police departments receiving the funds are required to maintain proper accounting records and must agree to spend the money only for “law enforcement uses.” They also are forbidden from using forfeiture funds to pay the salaries of officers and other law enforcement officials. This prohibition is designed to minimize the risk that law enforcement personnel are pressured to seize assets to avoid being fired.

The rules seem perfectly good on paper. In practice, they often are not followed. And that is just what the DOJ inspector general found in Sunrise. Since 2008, the federal government has paid out more than $5.5 million in proceeds and turned over more than $71,000 in related property. That’s quite the tidy sum.

And yet, Sunrise, Fla. had gaps and numerous errors in accounting. Some federal payouts were never recorded; others were recorded for the wrong amount. A sampling of Sunrise’s own records, when compared with federal documentation, revealed more than $666,000 in discrepancies. Local officials chalked that up to sloppy reporting.

But the real problem in Sunrise was the six-figure deal with a local law firm that was paid entirely with equitable sharing funds. In 2007, Sunrise outsourced all of its forfeiture cases to a local firm, ostensibly because of the firm’s special expertise. Over four years, Sunrise paid $374,257 to the firm—despite having a fully qualified city attorney’s office.

But nobody in the Sunrise government could produce a contract, or written documentation of any kind, explaining how the firm was selected, what rates it was billing the city, or what special forfeiture expertise it brought to the table. The DOJ inspector general found that this put the city at great “risk of misuse or abuse of equitable sharing funds.”

According to the inspector general, the payments had “the appearance of an attempt to circumvent the salary and benefits restriction of the program which would have prohibited the direct payment of the salaries and benefits of city attorneys working these forfeiture matters.”

Put simply, Sunrise was executing a nationwide forfeiture dragnet, and its city attorney could not keep up with the caseload. Hiring more lawyers would cost the city money; paying for city employees with forfeiture funds would violate their federal agreement. Either way, the highly lucrative forfeiture operation would be endangered.

Sunrise got away with its outsourcing scheme for nearly seven years. Now, the city has been ordered to remedy the unallowable payments.

Although the inspector general report concentrates on the deal with the law firm, it does draw attention to other questionable practices by the police. More than $1 million in forfeiture funds were used to pay overtime and related benefits for uniformed officers. One sergeant alone got nearly a quarter-million dollars in overtime pay.

Sunrise relied on equitable sharing funds to pay its confidential informants as well. Sunrise set up written procedures governing how informants would be paid but then deliberately kept no record of meetings where payouts were determined specifically so that those details could not be made public under Florida records laws.

Amazingly, neither the informant payouts nor the overtime pay rose to the level of the federal equitable sharing rules violations. Backroom payouts and officers getting rich on forfeiture dollars are exactly the sort of incidents that are driving the movement to reform civil asset forfeiture laws at all levels of government.

Forfeiture has a place in the justice system—but it must be, first and foremost, about fighting crime. Law enforcement is not, after all, a “get rich quick” scheme.