Is There a Link Between Childhood Homelessness and Single Parenthood? 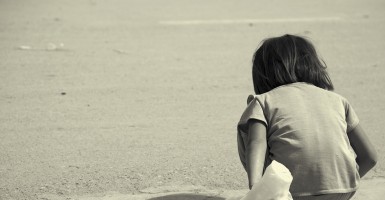 A new report from The National Center on Family Homelessness concludes that “the challenges of single parenting” is one of the leading causes of homelessness. This conclusion makes sense. Single-parenthood drastically increases the likelihood of poverty and the risks of negative outcomes for children.

Tragically, today more than 40 percent of children are born outside of marriage. Five decades ago, it was less than 10 percent. The surge in unwed childbearing is troubling, considering a child born and raised by a single parent is five times more likely to be poor than a child raised in an intact home.

Why would marriage have such an effect on child poverty? Because two parents working together generally can support a family better than one parent working alone. Marriage keeps parents, particularly fathers, and their resources connected to their children. Also, married households bring in significantly more money not only because there are two parents, but because married men tend to earn more and work more.

However, poverty is not the only consequence. Social science research again and again confirms that children tend to do best with their married mother and father.  Children without a married mother and father are twice as likely to be arrested for a juvenile crime, twice as likely to be treated for emotional and behavior problems and twice as likely to be suspended or expelled from school.  Boys who grow up without their father are more likely to be imprisoned. When their fathers are absent, girls are seven to eight times more likely to experience a teenage pregnancy. Growing up in a single-parent household—or in a community where the majority of households are single-parent—is one of the biggest impediments to future mobility and opportunity.

An essential component of reducing childhood poverty—including childhood homelessness—should be efforts to increase the percentage of children born to their married mother and father. Unfortunately, the welfare system penalizes marriage and creates incentives against couples committing to one another. As Heritage Senior Fellow Robert Rector explains in his new paper: “For example, if a single mother who earns $20,000 per year marries a man who earns the same amount, the couple will typically lose about $12,000 a year in welfare benefits. In effect, the welfare system makes it economically irrational for most low-income couples to marry.”

It’s time for policymakers to reduce marriage penalties in the welfare system and for leaders at every level to work to strengthen marriage.