Should Colleges Warn Students That Courses May Include Upsetting Material? 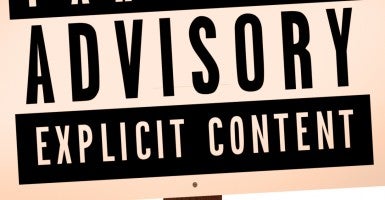 Earlier this year, when the University of California, Santa Barbara, adopted a student-led resolution urging professors to include trigger warnings on class syllabi—statements which provide notice the coursework may include potentially upsetting material—pundits on both sides of the aisle reacted strongly.

Months later, the debate has attracted a new caucus: academics.

Ann Pellegrini, New York University professor and director of NYU’s Center for the Study of Gender and Sexuality, recently spoke on a panel titled “Taking Offense: Trigger Warnings and the Neoliberal Politics of Endangerment.”

In an email to NYU’s student newspaper, Pellegrini described her concerns:

In calling for the classroom to be a ‘safe space,’ the movement for trigger warnings ends up closing down one of the crucial places where students and teachers, too, can experiment having and surviving the hurt feelings that may result from differences in viewpoints and differences in moral values.

Pellegrini’s colleague, Jonathan Zimmerman, a professor of history and education at NYU, penned an op-ed for the Chronicle of Higher Education in May in which he proposed what college syllabi might look like if professors must include trigger warnings.

In his mock syllabus, Zimmerman listed the topics of a U.S. history course along with corresponding descriptions containing trigger warnings. For example:

Although Zimmerman’s syllabus is satirical, many believe it illustrates how satisfying an inflated degree of hypersensitivity might threaten academic freedom.

In September, the American Association of University Professors issued a lengthy report on trigger warnings in which the organization condemned their use in college classrooms and described an assortment of alleged issues they create.

“The presumption that students need to be protected rather than challenged in a classroom is at once infantilizing and anti-intellectual. It makes comfort a higher priority than intellectual engagement,” the report said.

According to the AAUP, trigger warnings stifle faculty’s discretion in choosing “course materials and teaching methods;” discourage critical thinking; draw too much attention to one theme or aspect of a complex topic, film or literary work; and “[put] the onus for avoiding such responses on the teacher” rather than referring students with Post-Traumatic Stress Disorder or other “cases of serious trauma” to health care professionals.

The AAUP report used Wellesley College as an example. Students there petitioned the university to relocate “a sculpture of a man in his underwear because it might be a source of ‘triggering thoughts regarding sexual assault,’” the report said.

AAUP also noted the open-endedness of trigger warnings can single out “politically controversial topics like sex, class, capitalism, and colonialism for attention.”

“If such topics are associated with triggers, correctly or not, they are likely to be marginalized if not avoided altogether by faculty who fear complaints for offending or discomforting some of their students,” the report said.

According to Lindsey Burke, the Will Skillman fellow in education at The Heritage Foundation, the debate over trigger warnings on college campuses serves to further discredit American higher education.

“Issues like this are part of the reason students, parents and employers are increasingly questioning the value of a bachelor’s degree and even whether its time as a proxy of employability has passed,” Burke told The Daily Signal.

The Role of Sexual Assault

Digital trigger warnings, which first appeared in the feminist blogosphere on sites such as Jezebel and Feministing, have garnered attention in the last couple years since sexual assault prevention has become a topic of national conversation.

Mary-Megan Marshall, 23, told the feminist magazine Ms. in May that including trigger warnings on syllabi demonstrates empathy toward former victims of sexual assault such as herself.

“I think college professors show they care about survivors by providing trigger warnings for their classes,” Marshall told Ms. “College is an experience of learning, but unfortunately—and this was true in my case—it’s fraught with sexual assault.”

But the AAUP asserts that using trigger warnings to warn sexual assault victims of content they may find disturbing takes attention away from addressing the broader problem of “social behaviors that permit sexual violence to take place.

“Trigger warnings will not solve this problem, but only misdirect attention from it and, in the process, threaten the academic freedom of teachers and students whose classrooms should be open to difficult discussions, whatever form they take,” the AAUP report said.

Rather than mandate the addition of trigger warnings to syllabi, the AAUP said colleges should encourage students with PTSD and other cases of trauma to “agree on a plan for treatment with the relevant health advisers” to work on preventing unexpected reactions to certain material.

“Faculty should, of course, be sensitive that such reactions may occur in their classrooms, but they should not be held responsible for them,” the  AAUP said.