Absentee Ballot Fraud Plagues State: ‘That Is How Elections Are Stolen’ 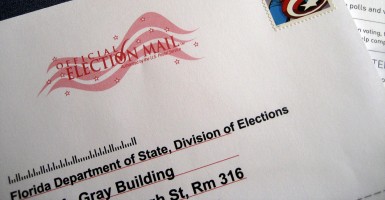 Carolina Lopez, spokeswoman for the Miami-Dade Department of Elections, said staff there can determine if the person requesting a ballot is the one who actually receives it but can’t control what happens to the ballot after that.

“It is important for voters to understand the full electoral process to avoid scammers wanting to fill out their ballots and influence their decisions on the ballot questions,” Lopez says.

Miami Diario and political blog Political Pasion are stepping in to help. They organized the Political Workshop for Hispanic Journalists in Florida to help journalists learn about absentee ballot fraud and how it threatens to undermine democracy.

“There are a lot of Hispanic journalists who don’t understand the politics of [Florida],” said Marianela Méndez, director of MiamiDiario.com. “It is important to know what we are going to do, how are we are going to do it, what are the informative venues we need in order to inform the Hispanic [voter] where to go, and what to do with their votes.”

Absentee ballot fraud has plagued Florida elections for years. In 1998, Florida Department of Law Enforcement chronicled multiple abuses starting as far back as 1984.

In 2012, two people were arrested and sentenced for having multiple absentee ballots in their possession. Then in 2013, a congressmen’s aide was sentenced to 90 days in prison for masterminding a plan using illegal absentee ballots to get his boss more votes.

“Two-hundred-thousand absentee ballots were delivered last time [for the primary election Aug. 26], but only 100,000 were returned [meaning they were filled out legitimately and returned to the Department of Elections]. What happened to the other 100,000?” he asked. “That is how elections are stolen in Miami-Dade County.”

“This is a long-term problem in Florida,” said Hans von Spakovsky, senior legal fellow at The Heritage Foundation. “I don’t think much has been done since the 1998 [Department of Law Enforcement] report came out to fix the problem.”