The News Is Fit to Print But Are Major News Organizations Fit to Report It? 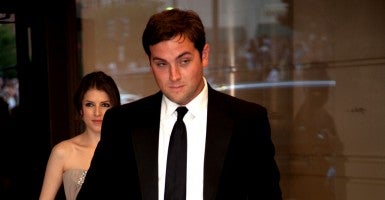 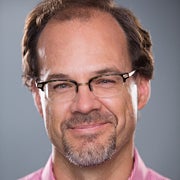 Former investigative reporter and producer Lowell Bergman observed, “You can have all the information you want in the world. If you don’t have the people raising questions and looking beneath the surface, and people being paid to do this, you’re not going to find the answers.”

Over the past several months, a variety of polls and reports have documented the declining trust of the American people in the news media. A starting point for reversing this trend is for the heads of major American news organization to look in the mirror and ask whether their organizations or their journalists are part of the problem.

In the case of NBC News, ground zero for earning back the trust of the American people in news organizations is congressional correspondent Luke Russert.

Last week, The Daily Signal reported on an after-hours operation at the State Department to “separate damaging documents related to the September 2012 terrorist attacks on the U.S. mission in Benghazi” before they were turned over to the Accountability Review Board. In that report, former State Department Deputy Assistant Secretary Ray Maxwell said he not only witnessed and took part in these events, but that top Hillary Clinton officials were present. In response to this story, a deputy spokeswoman for the State Department responded with a series of non-denial denials that evoked the same feeling of carefully crafted evasiveness as Bill Clinton’s now-infamous grand jury utterance “It depends upon what the meaning of the word ‘is’ is.” How did America’s major news organizations follow-up? Did they raise and ask the important, relevant follow-up questions? Did journalists seek to look beneath surface and find the answers?

Shortly after The Daily Signal published this report, Brit Hume, senior political analyst for Fox News, tweeted, “If this is confirmed, it’s a big deal as it points unmistakably to the Benghazi cover-up many have long suspected.” The source relied upon by The Daily Signal is credible and well-respected and has firsthand knowledge of the events reported. Hume’s journalistic instincts quickly moved in the right direction – toward how to collect additional information that moves us toward the truth.

Luke Russert proved the American people are right to be skeptical of the news media’s ability to accurately report even basic facts.

Likewise, CBS News reporter Stephanie Condon reported: “Lawmakers may have a whole new line of questioning from a report published this week by investigative reporter Sharyl Attkisson on The Daily Signal …”

Again, the instinct is to follow the evidentiary trail. To seek the facts. To get the truth.

Now the American people would be right to ask whether Brit Hume or Stephanie Condon have done anything to ask the follow-up questions. Time will tell whether Fox News and CBS News have the courage to develop and report additional information on the State Department and Hillary Clinton’s activities in the wake of the Benghazi attack.

In stark contrast to The Daily Signal’s investigative reporting is the non-journalistic journalism of Russert and NBC News. In an exchange with anchor Jose Diaz-Balart on MSNBC, Russert proved the American people are right to be skeptical of the news media’s ability to accurately report even basic facts.

Russert misrepresented the entire story with mind-boggling imprecision, not managing to get even one fact correct about the allegations. Then, he declared it unsubstantiated. Russert told Diaz-Balart, “There have been a lot of media reports about that regarding this one official who says that [Hillary Clinton] was basically shredding documents.” Apparently, Russert did something the most novice college journalism student knows not to do: He commented on a story he hadn’t even read. The only other conclusion one could reach is that Russert did read the story and then fabricated an entirely different set of facts.

Russert went on to declare in his report, “That hasn’t been substantiated by any credible news sources so far.”

Since nobody actually accused Hillary Clinton of shredding documents, it should be no surprise that the claim was not “substantiated.” But if what Russert meant to say was that nobody credible substantiated Maxwell’s claims in the article that Russert didn’t actually read, the obvious should be pointed out: nobody but those in the room at the time — those allegedly taking part in the improper activity — can provide first-hand substantiation of Maxwell’s observations. Russert’s idea that they would readily step forward and publicly declare their guilt is the notion of a novice. Yet, ironically implicit in his statement, is that he is somehow a credible news source.

The First Amendment provides important protections to our individual liberty, going so far as to specifically identify “the press” as protected. Implicit in this guarantee is that the press will not become complicit in the government’s narrative. Such complicity could arise from intentional bad deeds or a desire to advocate. In the case of Luke Russert, it seems that complicity is derived from poor journalistic training and a lack of interest by NBC News in putting out a good news product.

The next time a poll documenting the American people’s lack of trust in the news media comes out, we know who should be looking in the mirror and taking blame.