A Majority of Adult Americans Are Now Single. Yet Most Want to Get Married. 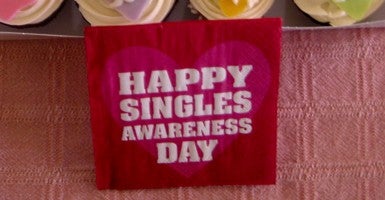 Half of Americans adults were single in August 2014, according to a recent Bureau of Labor Statistics (BLS) report.

While the majority of adults are now single, most adults still aspire to marriage.

According to a 2013 Gallup Poll, 75 percent of Americans are or would like to be married. Among young adults (ages 18-34), there is even more value placed on marriage: 84 percent are already married or would like to be eventually.  When researchers asked high school seniors about the importance of a good marriage, 84.5 percent of girls and 77 percent of boys replied that it was “extremely important.”

But the interest in marriage hasn’t been aligned with a surge in marriages. In the past three decades, there has been a drastic rise in single households.  In 1976, according to the BLS report, 37.4 percent of Americans over 16 were unmarried.  Today, 50.2 percent are single.

Yet beyond the emotional values of marriage—love and companionship—there are other reasons marriage has positive effects. Married adults tend to live longer, be healthier, and even have higher incomes.

Although marriage rates are down, more Americans are cohabitating than ever. Unfortunately, cohabitating relationships do not have the same benefits as marriages.  In fact, premarital cohabitation may decrease marital stability. As a new report from the National Marriage Project indicates, couples who cohabitate before marrying report lower marriage quality. According to a government study on cohabitation, the risk of divorce is specifically higher for women who cohabitate before marriage.

Even though the vast majority of women value marriage, research suggests that many young, single mothers put motherhood before marriage. In the 1960s, the unwed childbirth rate was in the single digits. Now, over 40 percent of all children are born outside marriage.

Unfortunately, this change may not be best for children. Social science research again and again confirms that children tend to do best with their married mother and father: they are more likely to be emotionally healthy, have higher self-esteem, and progress further in education. A recent Harvard study by Raj Chetty and other researchers also shows that one of the most substantial road blocks to social mobility is whether a child grows up in a single-parent home or community where single-parenting is the norm.

Indeed, children who live in single-parent households are more than five times more likely to experience poverty than children in married-parent families.

Healthy marriages and families are foundational to cultural well-being. Regrettably, there is little focus on the significant role marriage has in our culture—both for vast majority of adults who desire for themselves and its influence on the next generation. It’s time to trumpet the message about the benefits of marriage.