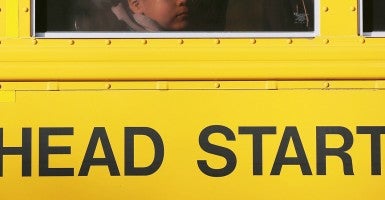 Over the past 50 years, the Edward C. Mazique Parent Child Center became a familiar backdrop for advocates of Head Start. Pictures of President Obama and his Cabinet secretaries dot its D.C. office. Former House Speaker Nancy Pelosi even invited a Mazique Center child to a Head Start signing ceremony on Capitol Hill.

Now, the Washington, D.C., institution finds itself in the spotlight for another reason.

A legacy of President Lyndon Johnson’s Great Society, Head Start was designed to provide remedial education in order to prepare young children for elementary school. The program continues today as a federally funded preschool program that caters to low-income families. Head Start has faced its share of setbacks, however. Critics charge that the program does not produce tangible, enduring results.

In 2007, lawmakers revised reauthorization procedures for grant funding to address concerns with the program. Grants are now awarded on a five-year basis after an evaluation. Exemplary programs receive renewed funding, while poor performers must compete for grant extensions.

According the Washington Post, of the nation’s more than 1,700 Head Start programs, only 360 must compete for funds, and of these about 70 percent receive renewed grants.

The Mazique Center was not one of them.

David B. Muhlhausen, a research fellow for The Heritage Foundation’s Center for Data Analysis, says Mazique was an underperforming “political prop” whose closure “should not come as a surprise.”

“The most scientifically rigorous evaluation of Head Start found that the very few benefits produced by program quickly disappear by kindergarten,” said Muhlhausen, who along with Heritage’s Lindsey Burke has written on the program’s failures.